Bats and Birds are winged animals. They have a light bone makeup and a keeled sternum which provides a point of attachment on their flight muscles. They also have streamlined body structure. Each animal has a role in the ecosystem which provides balance in the environment.

Bats are found in almost all parts of the world, and they perform fundamental ecological roles. There are approximately 1,100 bat species. According to scientists, bats comprise twenty percent of all classified mammal species. More or less, there are about seventy percent of them who feed on insects (insectivores). The rest of their family is comprised of fruit eaters (frugivores).

Birds dwell in ecosystems across the world, starting from the Arctic towards the Antarctic. At the present time, birds vary in size from the 2in (5cm) bee hummingbird to the 9ft. (2.75m) Ostrich. Fossil records show that birds developed from the therapod dinosaurs in the Jurassic period, roughly 150 to 200 million years ago. The earliest known of such animal is the Late Jurassix Archaopteryx.

Difference between Bats and Birds

The variation between bats and birds is their structure and class. Bats came from the Chiroptera and Aves family. Bats are webbed structured flying animals while birds are feathered winged animals. Bats are mammals, so they don’t lay eggs, compared to birds that are known as egg-laying animals. When flying, bats don’t flap their forelimbs completely compared to birds. Generally, bats have teeth which help them when eating while birds have beaks in picking up food and eating them. Bats are nocturnal animals; they hunt and go around their business at night and sleep during the day while birds work and hunt for food during daytime and sleep at night.

Despite their differences bats and birds exist to keep the equilibrium in the environment. They are essential in dispersing seeds (fruits) and important for pollination.

Difference Between Crow and Raven 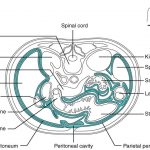 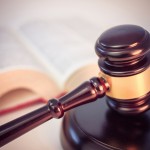