We all are aware of the importance of buses in our public transport system around the country despite the growing popularity of long distance trains, metros, airplanes, and automobiles of all sorts. Buses are a part and parcel of city life and also inside towns where they carry passengers to important destinations across the city stopping at several points. There is another word coach for the same type of transport that confuses many people. This is because of the similarities in the two modes of transport. Let us take a closer look at buses and coaches to find out if indeed there are any differences between them.

Buses as a convenient mode of transport inside cities and also as a way to get across different cities have been there for a long time now. The word Bus comes from Latin omnibus that means for all. The name stuck with motorized vehicles that were used to carry passengers around the roads to different destinations. Buses soon became a very important part of transport inside big cities carrying passengers to all parts of the city. In fact, it is hard to imagine students going to their schools without school buses around the country. The invention of motorized vehicles allowed the buses to be made, leaving behind the coaches that were horse driven. There are people who prefer the comfort and safety of buses over other modes of transport. Buses stop at predetermined stops called bus stations allowing people to get inside or to get down safely.

Coach is a word that is increasingly being used around the world, to refer to a mode of transport that is similar to a bus. Coach is, in fact, nothing more than a special type of bus with more features and luxuries. However, coaches are used more for long distance journeys than being used inside cities. Tourists going on vacations to far off destinations prefer private coaches that are used by tour operators. This is one reason why coaches are made in such a manner so as to hold more baggage of the passengers. They are also spacious and provide more comfort and amenities to the passengers. Coaches stop less and ply on long distance routes.

What is the difference between a Bus and a Coach?

• As a mode of transport, both buses and coaches are motorized vehicles carrying passengers.

• Coaches are a special type of buses.

• Coaches in general are more comfortable and provide more space for luggage than buses.

• Buses are an important mode of student transport.

• Buses ply inside cities and also across cities whereas coaches ply over long distances.

Difference Between Cargo and Freight

Difference Between Procurement and Purchasing 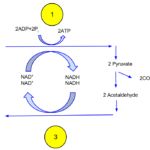 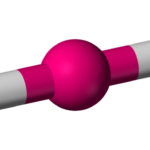