Home / Others / Difference Between C Corp and S Corp

One of the major decisions when forming a company is whether to make it a C corporation or to go for S Corp. If you are an owner of a corporation, you share its profits with all stock holders in the form of dividends. As an owner, you must be aware as to when a C Corp becomes a S Corp and what the basic differences between the two are. For starters, any corporation, when formed, is in the form of a C Corp. It is only when it files for special tax treatment under the IRS that it becomes an S Corp. A C Corp can continue for as long as it wishes. Any C Corp can apply to become an S Corp whenever it so desires.

The word C Corp basically refers to the manner in which a corporation is organized. The nomenclature C Corp is used for the purpose of taxation only. This status also describes the liability of the partners, if any, in regards to debts incurred by the organization. Most of the corporations are formed as C Corp at the start.

C Corps are taxed in a particular manner dependent upon the profits of the organization. For a profit under $50000, C Corps are required to pay 15% tax. For profits ranging 10-15 million USD, tax percentage is 35. This tax is levied on the employees of the corporation also. The earnings of the employees are taxed after which they are not required to pay income tax. Once a C Corp has been formed, there is no liability of the partners if any loss accrues to the organization, unless of course the partners are involved in some sort of embezzlement.

S Corp is a specially created organization which comes into existence when a businessman tries to limit his liability. In the eventuality of business going bust, business owner’s assets are safe in case of an S Corp. In an S Corp, even the owners are required to file personal income tax returns. While it is true that most S Corp’s come into existence with the sole intention of having a specific taxation, it is advisable to take proper legal advice before turning your C Corp into an S Corp as in some states, there is no preferential treatment to S Corps

There are many differences between a C Corp and an S Corp, and majority of them pertain to the way the two entities are taxed. Some of the most glaring differences are as follows.

S Corps are not allowed to indulge in some types of businesses. These include banking, some types of insurance, and some affiliated groups of corporations.

S Corps are not suitable for all sizes of businesses and C Corp is better to suited to large businesses where there is large number of shareholders.

Whereas C Corps can choose the beginning and ending of their fiscal year, for S Corps, fiscal year always ends on 31 December.

A C Corp can choose to become an S Corp anytime it so desires by filing a form 2553 with the IRS. Similarly, an S Corp can convert back to a C Corp if it so wishes.

C Corps can have multiple types of stocks but S corps are restricted in this aspect and can have only one class of stocks.

Both C Corps and S corps are legal entities being treated as individuals under tax laws.  Both have unlimited life, with both continuing even after the death of owners. Both have share holders who are the owners of the organization. Ownership can be transferred in both the entities by selling the stocks.  Both a C Corp as well as S Corp can raise funds by selling stocks.

When you are beginning an organization, it is better to take legal advice as to which of the two forms of corporations are beneficial for your business. 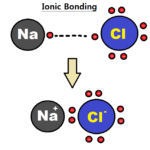 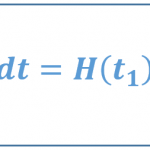