Canon always considered the X0D series as a bridge between the entry level DSLR cameras and their fully professional cameras. While keeping a low profile than the Mark series, the X0D series is a few steps ahead of the Rebel series. Canon EOS 60D is a mid-sized DSLR and features some advanced technologies borrowed from the EOS 7D. Its operability also improved compared to its predecessor EOS 50D with the inclusion of multi-control dial, a fully articulated LCD and the quick set button which opens on the display. The EOS 60D is considered as an option for users who want to move up from their Digital Rebel. It is also considered as a lightweight option for professionals.

ISO value range is also an important feature. The ISO value of the sensor means how much sensitive the sensor is to a given quantum of light. This feature is very important in night shots and sports and action photography. However, increasing the ISO value causes a noise in the photograph. The 60D offers an ISO range of 100 – 6400 with a boost of 12800. The 650D features a slightly wider range of 100 – 12800 with a 25600 boost. In the ISO department, the 650D is ahead of the 60D.

Frames per second rate or more commonly known as the FPS rate is also an important aspect when it comes to sports, wildlife and action photography. FPS rate means the mean number of photos the camera can shoot per second on a certain setting. The 650D can take photos at a rate of 5 fps. The frame rate of the 60D goes a little higher to 5.3 fps.

A DSLR would not take the picture as soon as the shutter release is pressed. In most of the conditions, the auto focusing and auto white balancing would take place after the button is pressed. Therefore, there is a time gap between the press and the actual photo taken. This is known as the shutter lag of the camera. Both of these cameras are fast and have negligible shutter lag.

Autofocus points or AF points are the points which are built into the memory of the camera. If the priority is given to an AF point, camera will use its autofocus ability to focus the lens to the object in the given AF point. Both cameras have 9 point AF systems which are very similar.

In DSLR cameras, the inbuilt memory is almost negligible. An external storage device is required to hold images. Both cameras can handle SD / SDHC / SDXC cards.

Live view is the ability to use the LCD as a viewfinder. This can be convenient because the LCD gives a clear preview of the picture in good colors. Both cameras have 3” TFT LCDs which are fully articulated.

The 60D, carrying a heavier price tag than the 650D, can be considered as a stepping stone from amateur photography to semi-pro photography. The specs of 650D and 60D are almost the same. The 60D is faster than the 650D in the continuous drive mode. The 60D also features some advanced technologies borrowed from the EOS 7D. If you’re an amateur without any experience in photography, 650D is your option. If you’re somewhat accustomed to DSLRs and can handle some advanced features, the 60D is a great price for performance camera. The 60D is a mid-sized DSLR that is easy to handle and features a number of controls and indicators which the 650 doesn’t have. The 650D which was introduced in 2012 features a DIGIC 5 processor rather than the old DIGIC 4 processor used in 60D. The fastest shutter speed of the 60D is 1/8000 while it is 1/4000 in the T4i. The T4i has stereo microphones for video recording, but the 60D only has a mono microphone. The 60D is dust and water resistant, which is not the case in 650D. The battery life of the 60D is a whopping 1100 compared to the 440 of the 650D. 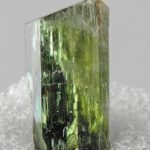 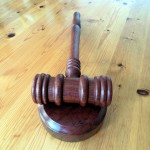