Rebel T2i and Rebel T3i are the two latest versions of EOS Rebel digital cameras. The now legendary Digital Rebel was launched by Canon in 2003, and it proved to be the first really affordable DSLR (Digital Single Lens Reflex). Since then, Canon has been continuously upgrading its entry level digital SLR and adding more features. Rebel T2i was launched in February 2010. Just after a year of the launch of Rebel T2i has come Rebel T3i. Let us see what are the differences in these two models and if it is really worth investing more to buy T3i.

T3i is basically the same as T2i, with the addition of an articulated screen that also incorporates some beginner friendly features that were not there on T2i. The most noticeable of these features is Basic+. It allows the user to change the look of the images and also to control the background without having any technical knowledge. T3i also has some of the features of the more advanced 60D such as multi aspect ratio shooting along with creative filters. These are some tools that allow a range of effects to be added to the image after it has been captured. In addition, it can wirelessly control off camera flashes.

The green square exposure of T2i has been updated to Scene Intelligent Auto with a new A+ icon on the mode dial. According to the manufacturers, this mode makes an analysis of the scene and sets the exposure and other image processing parameters accordingly. It even matches the color output to come up with excellent results. Stressing on the beginner friendly tag, Canon has incorporated a Feature Guide that displays short explanations of what each function does to let the beginner know how the stuff works.

The image sensor and processor of T3i are exactly the same as that of T2i which implies that the image quality of T3i would be exactly the same as T2i. Even video and ISO settings are the same as both models shoot in 3.7 fps. The biggest change appears to be in the LCD display which is a tilt panel display that was already there on Canon 60D but not in T2i.

T3i allows for creative photography as the user can take several short duration videos and then have them stitched inside the camera.

If you already own a T2i, there is no need to rush for T3i as it retains all the features of T2i. However, you can take advantage of some of the subtle changes if you are interested in them and are a new buyer. Canon is probably replacing T2i with T3i as both cameras are same in size and abilities with same 18MP sensor and same image quality. 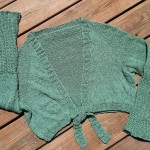 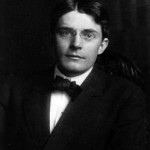