Flip Mino and Flip Ultra are compact camcorders from Pure Digital. For those interested in compact video cameras or camcorders, Pure Digital’s Flip series provide excellent options. These are not only thin and small; they are also very cheap and high quality camcorders. Flip series has a very simple user interface yet produce excellent quality videos. The company has produced lots of models under trade name Flip, and here we would like to point out the differences between Flip Mino and Flip Ultra.

The biggest difference on the physical side between Flip Mino and Flip Ultra is of course size. Mino is smaller of the two. Both Flip Mino and Flip Ultra have a glare free 1.5” LCD screen. On the whole, Mino is 40% smaller than Ultra. At 4.9 ounces, many thought Ultra was light. But Mino is just 3.3 Ounces, making it one of the lightest video camera around.

Flip Ultra has a screen resolution of 528X132. It is capable of recording 640X480pixels videos at 30 frames per second. It has 2GB flash memory and can record up to 60 minutes. Ultra has a 2X digital zoom and the videos are in MPEG-4 AVI format. This is a format where editing and playback can be done easily. While you are editing, you can upload videos on social sites like YouTube and AOL. Flip Mino has all these features and in addition uses Video Engine 2.5 for compression of videos, whereas Flip Ultra uses version 2.0 only. Mino also boasts of an Omni-directional mic while Ultra does not have it. In addition to YouTube and AOL, Mino allows users to upload videos to Myspace.

While Flip Ultra uses two AA batteries, Flip Mino runs on rechargeable battery that lasts for almost 4 hours, in comparison to 1 hr of Ultra. Cost of replacing AA batteries makes users irritated, which is what makes Flip Mino an attractive camera with its chargeable battery. However, waiting for the battery to get recharged is a weak point of Mino.

Flip Mino supports Mac without any additional software, and the USB stick now pops out from top instead of side which was the case with Flip Ultra. Mino also has a better mic than Ultra whose audio quality was supposed to be its weak point. 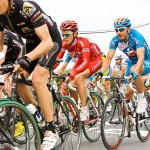