NVIDIA Tegra 2 vs Apple A5

Apple A5 is a package on package (PoP) System-on-Chip (SoC) that is commercially distributed with Apple’s iPad 2 tablets. While designed by Apple it is manufactured by Samsung and expected to be used with next generation iPhones. Tegra™ 2 is also a SoC, which is developed by Nvidia for mobile devices such as smart phones, personal digital assistants, and mobile Internet devices. Nvidia claims that Tegra 2 is the first mobile dual-core CPU and therefore it has extreme multitasking capabilities.

Apple A5 is a SoC designed by apple and it is currently used in Apple’s iPad 2 tablet. Apple A5 comprises of a dual-core ARM Cortex-A9 MPCore CPU and Apple claims that this CPU is twice powerful as the CPU of A5’s predecessor Apple A4. The GPU in Apple A5 is the dual-core PowerVR SGX543MP2 and it is claimed that this GPU is nine times powerful than its predecessors GPU. Further A5 contains a 512 MB of low-power DDR2 RAM clocked at 1066 MHz. A5 has a low power consumption and therefore provides approximately 10 hours of battery life.

Difference between NVIDIA Tegra 2 and Apple A5

Apple A5 is a System-on-Chip (SoC) developed by Samsung while Tegra 2 is a SoC developed by Nvidia. Tegra 2 uses the 1st mobile dual-core CPU that has tremendous multitasking capabilities and it is paired with a ULP GeForce GPU, while Apple A5 is paired with a dual-core PowerVR SGX543MP2. When it comes to the performance, there had been benchmark tests done (by anandtech) using GLBenchmark 2.0, by comparing iPad 2 containing Apple A5 and Motorola Xoom containing Tegra 2. GLBenchmark 2.0 measures the OpenGL ES 2.0 performance on compatible devices. When comparing the results of the Geometry throughout – textured triangle test, the Geometry throughout – fragment lit triangle test and Fill rate – texture test, it was evident that in all of them iPad (containing the Apple A5) outperforms the Motorola Xoom (containing Tegra 2). Further, in GLBenchmark 2.0 Egypt, GLBenchmark 2.0 Egypt – FSAA, GLBenchmark 2.0 Pro and GLBenchmark 2.0 Pro – FSAA, Apple iPad 2 outperforms Motorola Xoom. 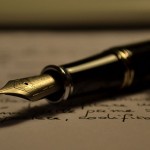 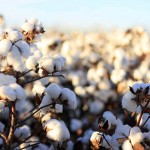