T-Mobile G-Slate is the second 4G tablet added to T-Mobile’s HSPA+ network in April 2011, it joins with Dell Streak 7. Apple iPad 2 is a globally top selling tablet since it’s introduction to the global market in March 2011. It is available with US carriers AT&T and Verizon and Wi-Fi only model is available online and globally with many carriers. It’s an amazing device, much faster, lighter and slimmer than the first generation iPad and included dual cameras, a missing features in iPad. It also supports HDMI out, connection can be made to HD TV via docket with Apple Digital AV Adapter, which has to be purchased separately. Still non compatibility with 4G network is a shortcoming in iPad 2. T-Mobile G-Slate display, which is at 8.9 inches is slightly smaller than iPad 2 display that is at 9.7 inches. While iPad 2 uses iOS 4.3.2 for OS, an improved version of iOS, the best mobile operating system in the world (Read here for iOS 4.3.2 Features), which runs fluidly on iPad 2, T-Mobile G-Slate is Android based and runs Android 3.0 (Honeycomb). Honeycomb, designed exclusively for tablet like devices, is not very fluid on G-Slate. On the positive side G-Slate has HDMI port and you can record videos in 3D, the G-Slate maker LG has added a pair of 3D glasses to the box.

LG’s 8.9 inches G-Slate is a solid device having a single sheet of glass covering the display with rubberized plastic body, it would have been nice if the glass had finger print resistant oleophobic coating. The HD display is quite good with 1280 x 786 resolution and an odd aspect ratio of 15:9. Though the image quality is quite impresssive, the display is not very responsive to touches like iPad 2. So that the G-Slate is not taking the full advantage of the speed of 1GHz dual core Nvidia Tegra 2 processor.

Talking on other hardware design, G-Slate has both microUSB port and HDMI port with another port for optional docket connection. On the backside it has dual 5MP cameras with a LED flash that has 3D video recording capability. The cameras support 720p 3D video recording and 1080p standard video capture. To view your 3D creations, G-Slate has 3D video player and LG has included a pair of 3D glasses to the package. The front facing camera is 2MP. Inside it has 1GHz dual core Nvidia Tegra 2 processor, 1GB RAM and 32GB internal memory.

G-Slate is a Google branded device, that means it has full access to Google Apps and Android Market. Android Market does not have that many tablet optimized applications, however nearly all apps are compatible with Honeycomb. G-Slate supports Adobe Flash Player 10.2, but it is not integrated to the system, users have to download it from Android Market.

One of the other important feature of mobile devices is the battery life, G-Slate is quite strong on that feature, the rated video playback is 9.2 hours.

For connectivity it has Wi-Fi, Multi-band UMTS and HSPA+. In practical use HSPA+ offers up to 3 – 6Mbps dowmload speeds and 2-4Mbps upload speeds. International roaming is possible with multi-band UMTS.

Apple iPad 2 is the second generation iPad from Apple. Apple the pioneers in introducing the iPad have made further improvements to iPad 2 in design and performance. In comparison with iPad, iPad 2 gives a better performance with high speed processor and improved applications. The A5 processor used in iPad 2 is 1GHz Dual-core A9 Application processor based on ARM architecture, The new A5 processor’s clock speed is twice as faster than A4 and 9 times better on graphics while the power consumption remains same. iPad 2 is 33% thinner and 15% lighter than iPad while the display is same in both, both are 9.7″ LED back-lit LCD displays with 1024×768 pixel resolution and use the IPS techology. The battery life is same for both, you can use it up to 10 hrs continuously.

The additional features in iPad 2 are the dual cameras – rear camera with gyro and 720p video camcorder, front facing camera for video conferencing with FaceTime, a new software PhotoBooth, HDMI compatibility – you have to connect to HDTV via Apple digital AV adapter that has to be purchased separately.

The best feature of the iDevices is the applications, Apps store has more than 65,000 tablet optimized applications, which is a selling point to iPad 2.

iPad 2 has variants to support both 3G-UMTS network and 3G-CDMA network and has the Wi-Fi only model also. It has 16GB/32GB/64GB configurations in each model. It is available in black and white colors and the price varies depending on the model and storage capacity, it ranges from $499 to $829 without any contract. Apple also introduces a new bendable magnatic case for iPad 2, named as Smart Cover, which you can purchase separately.

Read here for detail prices of iPad 2 and its accessories. 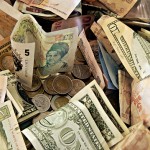 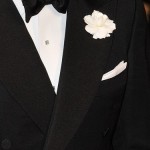 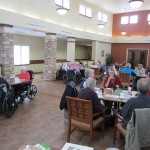