There are several investigative and intelligence agencies in India. Among these, the names of RAW and CBI are known to most of the people. However, though CBI has become as popular (and perhaps as infamous) as the police force, not many people are aware of the kind of operations RAW indulges in. As such people remain confused about differences between these two agencies of the central government. This article attempts to clarify all such doubts.

Central Bureau of Investigation (CBI) is a special investigative agency at the disposal of the central government that was formed to tackle cases of corruption that were beyond the capacity and capabilities of police force. After independence, there were many cases of not just bribery and corruption, but also pertaining to violation of fiscal laws, frauds in passports and visas and also crimes committed by syndicates. Ordinary police force did not have capabilities to tale up and solve such cases and it already had its hands full, which is what prompted the government to establish a special investigative agency in the name of CBI in 1963.

Since then CBI has been investigating cases of corruption and embezzlement against government officials and officers of public sector undertakings. It also specializes in cases of cheating and fraud and has solved many fraud cases pertaining to stock markets. Of late however, insistence of state governments to get CBI involved in petty murder cases and other criminal cases has brought a bad name for this most efficient investigative agency of the country.

Though India had its own intelligence agency in the name of IB, the country suffered a shameful defeat against the Chinese in the Sino-Indian war of 1962 and much of the poor performance of the armed forces was attributed to the lackluster showing of IB. IB was performing both internal as well as external intelligence duties which prompted government to come up with an independent external intelligence agency. Thus, RAW was constituted in 1968 with the sole responsibility to collect, analyze and report suspicious information about the activities of anti India forces working abroad. Of late, however, because a surge in terrorism and insurgency, RAW has been given additional responsibilities to tackle the menace of terrorism and insurgency also.

RAW works along the lines of CIA in the US and has earned a good name for itself because of its efficiency and efficacy. The head of the organization is called secretary (Research) who reports to the Cabinet Secretary who passes on the information directly to the Prime Minister. 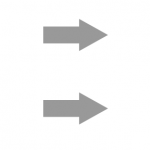 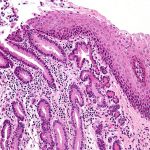