Centipede and millipede are both arthropods, meaning they both are invertebrates and have external skeletons. One characteristic of arthropods is their jointed and ladder-like looking limbs. However, most people have a hard time differentiating a centipede from a millipede, thus we will take a look on how these two differ.

The word centipede originated from the Latin language meaning hundred feet. Normally, centipedes have round or flat heads and have antennas. They also have a unique feature which we cannot find in any other arthropod, they have forcipules. As you can see, their first legs look like pincer. One thing one should know about their legs is that each pair is shorter than the pair at its immediate back.

One may think that a millipede has a thousand legs at least because of its name. However, they have legs less than a thousand, although there is a very rare specie whose legs are as many as seven hundred legs. Millipedes actually feed on decomposing matters. They also are slow moving. For each body segment, millipedes have two pairs of legs attached to it.

Difference between Centipede and Millipede

Centipedes and millipedes are different in terms of how many legs they have. Obviously, a millipede has more legs compared to a centipede, thus the name. It might be because of that, millipedes move slower than centipedes. Most, if not all, millipedes feed on decaying leaves of plants and other decomposing matter while some refer to centipedes as carnivorous taxon. Centipedes, as mentioned above, possess a unique feature that other arthropods do not have including the millipedes; the forcipules. Centipedes normally have one pair of legs attached to every single body segment. On the other hand, millipedes normally have two.

The most basic things one should remember about these two are as follows: which has more legs, which are faster, and which eats which. 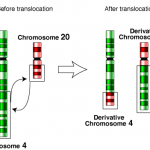 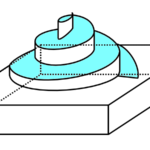