Cheetah and lion are members of the cat family, scientifically known as Felidae. Felids are considered as the strictest types of carnivores. These two are wild animals living in the wild. They are usually seen in zoos, which are kept and fed by well-trained workers.

Cheetah is commonly found in Africa and Middle East. A cheetah is a large-size kind of feline. It is unique among the cat family since it is the only one that has non-retractable claws and pads, which hinder them from gripping (they can’t climb trees vertically, but they can jump at nearby branches easily). They are also known for their speed. They can run up to 500 meters when it comes to short burst running.

Lions are the 2nd biggest living cat that exists following the tiger. They can live for about 10 to 14 years when untamed. Especially the males, it is very rare that they can live longer than 10 years, since they have already sustained lots of injuries due to continuous fighting with rivals. However, when lions are domesticated, they can live as much as twenty years.

Difference between Cheetah and Lion

The cheetah and lion may come from the same family, they have different subfamilies. Lions are from the Parintherinae while cheetahs are from the Felinae. When it comes to appearance, a lion has a large, heavy weighty built with a yellowish-brown body, has a tufted tail and a shaggy mane (males). As for the cheetah, it has facial striped starting from its inner eyes ending at the corner of its mouth. Cheetahs also have solitary spots with slender and proportionally smaller heads. Lions hunt in groups while cheetahs hunt individually.

Lion and cheetah are always on top of the food chain which keeps the balance of the animal population. Their differences may vary but one thing is for sure, they strive to live and exist among other animals. 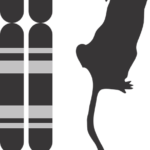