The most important structures in the cell during division are the chromosomes which contain DNA. This is because they are responsible for the transmission of the hereditary information from one generation to the next. There are two types of chromosomes. Those are autosomes and sex chromosomes. Sex chromosomes are important in sex determination.

Each chromosome contains one long molecule of DNA and is made up of millions of nucleotides. A nucleotide differs from each other only in the sequence of nitrogenous base pairs. Nucleotides are arranged in different ways, to form polynucleotide chains. Therefore, the base sequence of these chains differ from one another and thereby sequence of base pair.

In the molecule of DNA, different parts act as different genes. A gene is a specialized genetic information determined by a particular sequence of base pair. DNA molecule is most appropriate to function as the genetic material of organisms due to the following reasons. It has a simple, universal and a stable structure. It can store information as sequences of nitrogenous base pairs. Its information can be changed slightly in rare occasions. DNA is able to self replicate in order to produce exact copies.

Difference Between Chromatin and Chromosomes 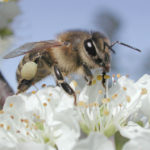 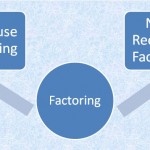