Many of you would easily find that coral snakes and king snakes are much similar, and it is fair enough, as one is trying to mimic the other to pretend the danger that it is capable. However, these two belong to largely distinct groups of snakes. Therefore, the importance of differentiating coral and king snakes would be interesting. Despite one’s resemblance of the other would make them similar in their looks, the whole package of characteristics of both coral and king snakes could make them apart, and those are discussed in this article.

Coral snakes are members of the venomous group of Family: Elapidae those have been described under four genera known as Leptomicrurus, Micruroides, Micrurus, and Calliophis. Their geographical distribution pattern shows a definite grouping into two major types known as old world and new world. There are 11 species of old world coral snakes and all of them are Calliophis species. The new world coral snakes are more diversified with 65 species described under the three other genera. One of the notable characteristic of coral snakes is that their colouration pattern with mostly black, red, white, and yellow bands or rings. Since coral snakes are venomous and their venom can kill anyone in their path, other non-venomous snakes such as milk snakes and king snakes have started to mimic to gain the reputation that coral snakes have earned. However, as one of the North American folk rhymes implies Red on Yellow Kill a Fellow and Red on Black Friend of Jack. However, it is very important to notice that some of the highly venomous snakes have different banding patterns or sometimes they have no coloured bands. Corals snakes have a variety of behaviours and their habitats are variable as well; some coral snakes prefer to live in aquatic habitats while some are fossorial. It is interesting to notice that some are largely distributed in the leaf litter of the forest floor. Coral snakes are not very aggressive, but they hold the prey while biting the victim. Small reptiles including snakes, frogs, birds, and small rodents are the mostly favoured prey items for coral snakes.

King snakes are a group of snakes classified in the Genus: Lampropeltis of the Family: Colubridae. However, this genus includes milk snakes and some others as well, but the number of king snakes species is about 10 with more than 25 subspecies. King snakes are non-venomous, but they can prey on anyone in their path including the venomous snakes, as well. Their ability to tolerate the venom highly poisonous rattlesnakes is remarkable. The name king snake is given to them due their remarkable ability to make impossible things possible by developing the immunity against snake venom. King snakes are mostly banded with red, yellow, white, and black coloured scales. King snakes are large, and they are gifted with the ability of contracting the prey after the capture to disable it. However, their scales and skin are not very thick and susceptible for piercing by bites of others, but they are immune against the venom and infections. They have been kept as pets in some places, but they are docile sometimes against the rodent bites. However, since their remarkable ability to go against venomous snakes, it may not be a bad idea to keep a king snake in your backyard if it would not flee.

Difference Between Feline and Canine 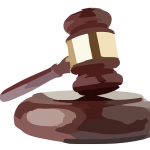