They both look more alike and misidentifies as snakes. Many people are scared of snakes and kill them, and sometimes including caecilians as well. Therefore, it is very important to differentiate a snake from legless amphibians. This article intends to emphasize the difference between snakes and legless amphibians.

Legless amphibians belong to the Order: Gymnophiona. Caecilian is another referred name for them. There are more than 180 species of those distributed in the tropics of South and Southeast Asia, Africa, and South America. Caecilians do not have limbs and mostly dark coloured with yellow stripes on the ventral side of the body. They range in their size from small worm-sized to more than 1.5 metres long. They have smooth and moist skins. Although there are no scales as in the snakes, the calcite scales are present beneath the skin. The skin has a segmented appearance due to the ring-shaped circles called annuli. Caecilians inhabit associated soils of damp or wet environments near streams or lakes. They are mostly less fossorial and the skull is strong, to help make tunnels through soil. In addition, skin covers the eyes, which is an adaptation for the fossorial lifestyle. However, they do not have well developed eyes. Caecilians feed on mostly insects and earthworms. Scientists have discovered plant material from their alimentary tracts, but they believe that those are from earthworms. However, there is very little knowledge on legless amphibian feeding and digestion. Being amphibians, their excretory product is mainly ammonia. Their lifespan ranges from five to twenty years. This is an animal group of some interest and importance, but the consideration of people is very low for them.

They are the legless reptiles, and evolved from reptilian tetrapods before 110 million years. There is a high taxonomic diversity with 2,900 species. Except for Antarctica, snakes are native to almost all the countries. Snakes have no limbs, but the rudimentary limbs are present in pythons, suggesting that they were the first to evolve as snakes. The body lengths of snakes vary in a vast range, starting from 10-centimetre long thread snake, up to 8-metre long anaconda. Scales on the skin cover the entire body. In addition, those scales are colourful and give the snakes of each species a unique appearance. Moreover, snake scales are important in identifying their species as the number of scale arranged in rows are characteristic for each species. They inhabit both terrestrial and aquatic habitats. However, there are snake species that could glide through air between trees without crossing the land. Predation is the only way of feeding in snakes, for which they have developed different techniques to immobilize preys. They are mostly non-venomous but venomous snakes can kill almost any animal. Australia has most of the top ten venomous snakes in the World. Snakes do not chew their food, but swallow as it is and let the stomach do the digestion. They can sustain in deserts as well as rainforests. In the deserts, where the water is not readily available, snakes absorb all the water in their prey animal’s body. Additionally, their excretory product is uric acid, which has no water. Snakes are important components of the environment as per their ecological role. In addition, people of East and South-East Asian countries prepare snakes for their meals.

Comparison Between Legless Amphibians and Snakes 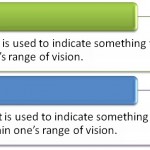