Crocodile and Gharial originated a long time ago, and they, in fact, are living fossils. The distribution and their physical features are very important to distinguish them from each other. This article aims to highlight the important differences between crocodile and gharial.

Crocodiles are one of the most successful aquatic predators with great adaptations. They belong to the Family: Crocodylidae, and there are more than 10 species of them. Crocodiles have a worldwide distribution including Australia. They could be either aquatic or semi aquatic. According to their differences and preferences, there are two main types of crocodiles known as freshwater and saltwater species. They do not have a long and thin snout, but do have a wide and elongated snout. Their jaws are extremely powerful and equipped with sharp and strong teeth. Additionally, crocodile jaws have rich musculature that gives an extremely powerful bite to the prey. Some species, especially saltwater crocodiles are man-eaters. Crocodiles are good swimmers and can also walk fast on ground. Their vertically flattened tail is a fat deposit, which serves as a food storage.

Gharial, Gavialis gangeneticus, is the only surviving member of the Family: Gavialidae. They inhabit deep rivers of India and some of the neighbouring countries of the mainland including Pakistan and Bangladesh. Because of their populations are diminishing at an alarming rate, IUCN has categorized them as a critically endangered species. Among all the members of the Order: Crocodilia, gharial is the second largest in body size. They have a significantly long and slender snout, which becomes shorter and thicker as they grow old. Gharial has laterally flattened and webbed toes on the hind limb to facilitate swimming, and they are the fastest swimmers among crocodilians. They cannot raise their body off the ground for a high walk gait, but they can move via belly-sliding on the ground. Male gharials have an interesting feature, which is the bulbous growth on the tip of the snout. Positions of gharial teeth are unique among all the other crocodilians. Since their snout is small and the jaws are fragile and thin, gharials do not prey on large animals. However, their diet consists of insects, frogs, and fish. They often show scavenging habits.

Difference Between Saltwater and Freshwater Crocodiles 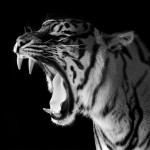 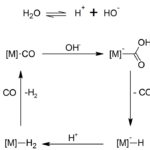