Dada and Surrealism are distinct movements in the world of art and culture. These movements depict the thinking in the world of art that got reflected in the paintings and writings of the artists. Because of similarities in the two movements, artists and common people of today find hard to differentiate between paintings made during the two periods of these art movements. This article attempts to highlight the subtle differences to enable readers to identify them in the paintings of the artists belonging to the two different movements.

It was in 1915 that several prominent artists from around the world, mainly Europe and America, gathered in Zurich to express their anti war sentiments. Zurich was chosen because Switzerland was more or less neutral during WWI. The artists and writers continued to produce their works while in Zurich and their works showed their disgust towards wartime activities. It was in 1916 that this group found and embraced DaDa as the word for its views and thinking. The members of this group were referred to as Dadaists.

The Dadaist movement was a result of the feelings of unrest, despair, and struggle that working classes felt against the elite classes. There was also discontent because over resource allocation and social roles classes got to play. Dadaism was a ploy by the artists to reflect the mass sentiments against bourgeois and the anarchy that these groups predicted because of this class. The sufferings of the common working class because of war and the shortcomings they had to endure were reflected in the works of the great artists and writers subscribing to Dadaism. So enraged were these artists that they intended to change the way art has been perceived by the masses for ages. They wanted to make art as ugly as possible and even tried to use second hand and often third hand products to make their works. They wanted to make it plainly clear that war was no solution to the problems of the world and made their works a medium to reflect their pain and anger.

Surrealism is an art movement that is credited to have born out of Dadaism and so it can be traced from 1922 onwards till the end of 1939. There is no gainsaying the fact that surrealism was an extension of Dadaism and no more than a political statement. Dadaism was coming apart from conflicting values, and the sentiments of artists in places like Berlin found an echo in Surrealism which was an art movement that had more appeal than Dadaism. Artists of the times were still angry with war and its atrocities but times were changing to peace and prosperity. Wounds of people were slowly getting erased and at places even celebrated through war memorials. Surrealism was a movement that indicated the desire of the people to move ahead forgetting the horrid atrocities of the war.

The writings and works of the artists reflected a kind of regression that was away from reality as war survivors did not want to look into the eyes of reality anymore.

Difference Between Cocaine and Crack

Difference Between Bourgeois and Proletariat 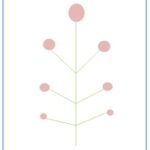 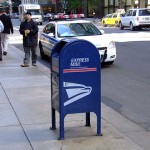