Diatomaceous Earth is a naturally occurring rock that is very porous, and being made of silica can be easily crushed into an off white colored powder that finds many uses. It is made up of diatoms that are typically fossilized remains of plants such as algae. There is another substance known as fuller’s earth that is available in the market and used for similar purposes. People cannot differentiate between diatomaceous earth and fullers earth, where as they are quite different. This article will explain these differences so as to enable readers to choose one of the two depending upon requirements.

Fuller’s earth is so called as it is mainly used by fullers or textile workers. It is basically a type of clay that is made of aluminum silicates. It is crushed into a powder that has excellent absorbing properties and workers treat raw wool with this powder to get rid of any grease or oil that may have stuck to the wool. It is not just textile industry that makes use of fuller’s earth as pharmaceutical industry as well as cosmetic industry makes heavy use of fuller’s earth. So while fuller’s earth is a clay containing silicates, diatomaceous earth is a sedimentary rock that is made up of fossils of diatoms that are nothing but aquatic plants. Diatomaceous earth is mostly used as a filtration medium and also as a mild abrasive.

Both diatomaceous earth and fuller’s earth are found below the surface of earth and have to be mined through open cast mining as downcast mining is not suitable for such a porous material. There are several mines of these materials in the country and Georgia and Florida are specially known for these products.

Alfred Nobel made use of diatomaceous earth in the manufacture of dynamite as he found that when this material is added to nitroglycerine, it becomes stable. Both diatomaceous earth and fuller’s earth find many industrial applications such as for filtration, as an abrasive, for pest control, as absorbent, as thermal insulators and for DNA purification. Some farmers add it to their poultry feed as it works as a de-wormer improving the health of the animals. 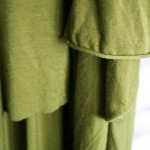 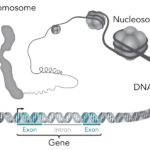 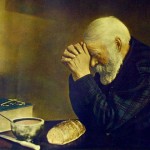