Dimerization is also a type of polymerization where a large unit is formed from the combination of small units. However, these two processes are different from each other according to the final products that are produced from these processes.

Dimerization is a type of polymerization in which a dimer is formed from the combination of two monomer units. Therefore, we can observe dimerization as an addition reaction in which two molecules of the same compound react with each other, forming a dimer. We can identify a dimer as an oligomer that has a low number of repeating units and the bonds between these two monomer units can be either strong or weak, covalent or intermolecular bonds. If there are covalent bonds between them, the dimer is a covalent dimer, but if there is an intermolecular bond between the monomers, then it is a noncovalent dimer. 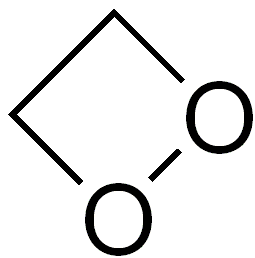 Figure 01: 1,2-Dioxetane is a Dimer of Two Formaldehyde Monomers

What is the Difference Between Dimerization and Polymerization?

The following table compares the key features of both processes side by side to discern the differences between dimerization and polymerization. 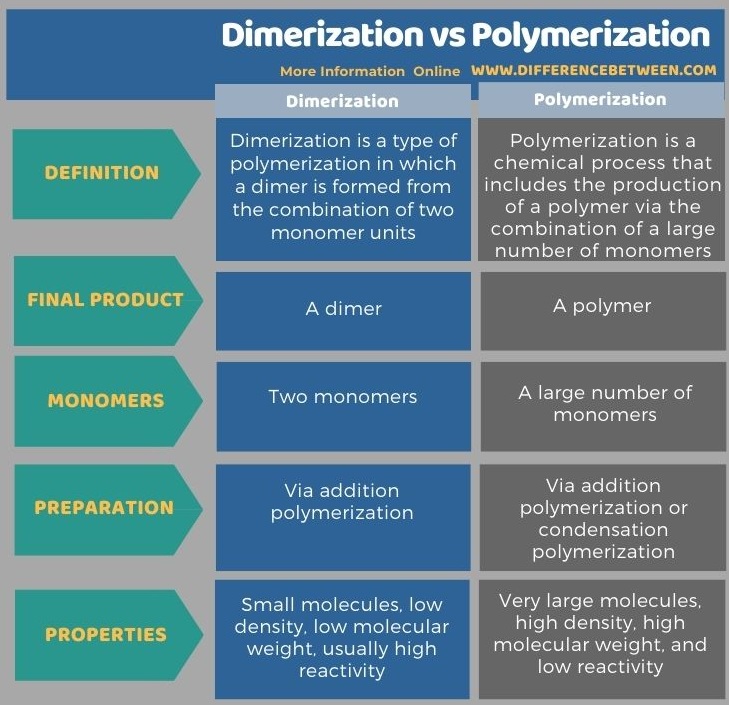 Difference Between UHMW and HDPE

Difference Between Meta and Para Aramid

Difference Between Prepolymer and Oligomer

Difference Between PFOA and PTFE