Endemic and epidemic are words commonly used by people to refer to diseases that afflict many people in an area at any given time. However, most people used these words interchangeably or use one of them without knowing their real meaning or the difference between these two words that are also used in general language. There is another word called pandemic to complete the misery of the non natives. Let us take a closer look at the meanings of endemic and epidemic to be sure of their correct usage.

Endemic is a word used to refer to a disease that is already presented in the population of a particular area. In fact, a disease, when it resides permanently in the population of an area is referred to as endemic. For example, malaria is one disease that is endemic in Africa or at least major parts of the continent. It is a disease that is very common among the African population. It is also a word that is used figuratively to speak of a common phenomenon in a place. For example, it is right to say that discrimination against women is an endemic in India.

Epidemic is a disease that spreads in an area or country suddenly. There is always an outbreak of an epidemic, and it afflicts a sizeable section of the population. Thus, if a disease is seen suddenly in many people, in a place, it is said to be an outbreak of the epidemic. However, an epidemic has to spread over a large area and afflict a large number of people to qualify as such. There are times when there is a viral infection spreading alarmingly in the population at a given point of time. The government describes it as an outbreak of the epidemic, and prepares on a war footing, to tackle the menace.

In US, the occurrence of a particular disease in more than expected number of people in a given area or population is referred to as an epidemic. Doctors warn people from moving out in a place when there is an outbreak of a communicable epidemic.

Epidemic is also used figuratively for an activity, which you do not like yet spreads over a population. For example, ragging in colleges or cheating in exams has reached epidemic proportions in India. 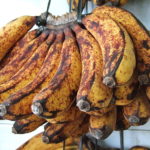