One of the most prominent differences between the two schools of thought is that while enlightenment thinkers showed more importance and concern towards reason in their writings and speeches, the romanticism thinkers showed a lot of concern and significance to imagination. It can be said that romantics valued imagination more than anything else did, and hence they depended more on enjoyment in their works.

Researchers on the two schools of thought firmly believe that Romanticism is nothing but a reaction against Enlightenment. It is said that romantics depended heavily on the creativity of individuals, and as a consequence, they did not follow any other rule. On the other hand, the enlightenment thinkers followed so many rules regarding life and hence they paid a lot of attention to reason.

Difference Between Neoclassicism and Romanticism 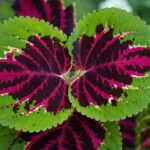