In the context of cell theory, cells are the basic structural and functional unit of all living organisms. Cell sorting is a methodology that is utilized to separate different cells according to the physiological and morphological features. They can be of intracellular or extracellular characteristics. Interaction of DNA, RNA, and proteins are considered as intracellular interactive properties whilst the shape, size and different surface proteins are considered as extracellular properties. In modern-day science, cell sorting methodologies has led to assist the different investigation in biological studies and also in the establishment of new principles through research on medicine. Cell sorting is conducted on various methodologies which include both primitive with less equipment and advanced technological methodologies with the use of sophisticated machinery. Flow cytometry, fluorescent activated cell sorting (FACS), magnetic cell selection and single cell sorting are the major methodologies utilized. Flow cytometry and FACS are developed to differentiate cells according to their optical properties. FACS is a specialized type of flow cytometry. Flow cytometry is a methodology which is utilized during analysis of a heterogeneous population of cells according to different cell surface molecules, size and volume which allows the investigation of single cells. FACS is a process by which a sample mixture of cells is sorted according to their light scattering and fluorescence characteristics into two or more containers. This is the key difference between flow cytometry and FACS.

What is Flow Cytometry?

Flow cytometry is a method which is used to examine and determine the expression of intracellular molecules and the cell surface and to define and characterize distinct cell types. It is also used in determining the cell volume and cell size and to evaluate the purity of subpopulations which are isolated. This allows the multi-parameter evaluation of single cells at about the same time. Flow cytometry is used in measuring the intensity of fluorescence which is produced due to fluorescently labeled antibodies which help to identify proteins or ligands that bind to associated cells. 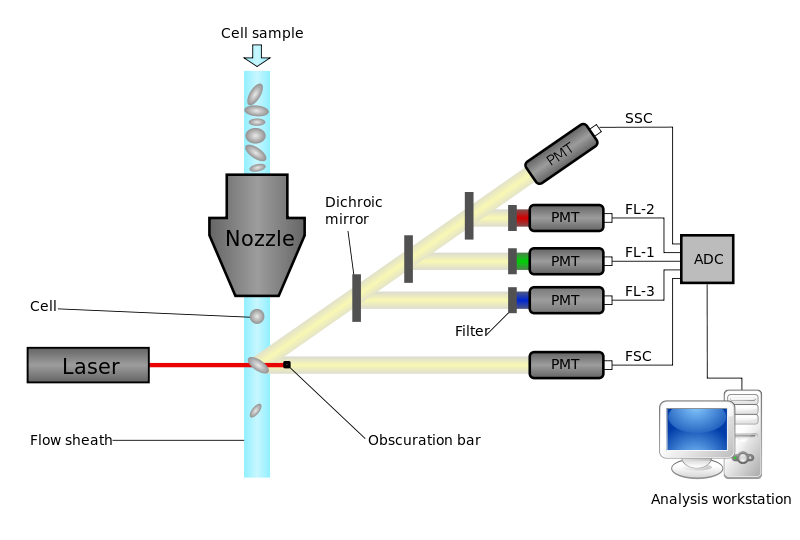 Generally, flow cytometry includes three sub systems mainly. They are the fluidics, the electronics, and the optics. In flow cytometry, five main components are available which are used in cell sorting. They are, a flow cell (a stream of liquid that is used to transport them and align the cells for optical sensing process), a system of measurement (can be of different systems including, mercury and xenon lamps, high power water-cooled or low power air-cooled lasers or diode lasers), an ADC; Analog to Digital Converter system, amplification system and a computer for analysis. The acquisition is the process by which the data is collected from the samples using flow cytometer. This process is mediated by a computer which is connected with the flow cytometer. The software present in the computer analyzes the information fed to the computer from the flow cytometer. The software also has the ability in adjusting parameters of the experiment controlling the flow cytometer.

In the context of Flow cytometry, Fluorescence-activated cell sorting (FACS) is a method which is utilized in differentiating and sorting of a sample of a mixture of biological cells. The cells are separated from two or more container. The sorting method is based on the physical features of the cell which includes light scattering and fluorescence characteristics of the cell. This is an important scientific technique, which can be utilized to obtain reliable quantitative and qualitative results of fluorescence signals that are emitted from each cell. During FACS, initially, the pre-obtained mixture of cells; a suspension is directed to the center of a narrow stream of liquid which is flowing swiftly. The flow of liquid is designed in order to separate the cells in the suspension based on the diameter of each cell. A mechanism of vibration is applied to the stream of suspension which results in the formation of individual droplets. 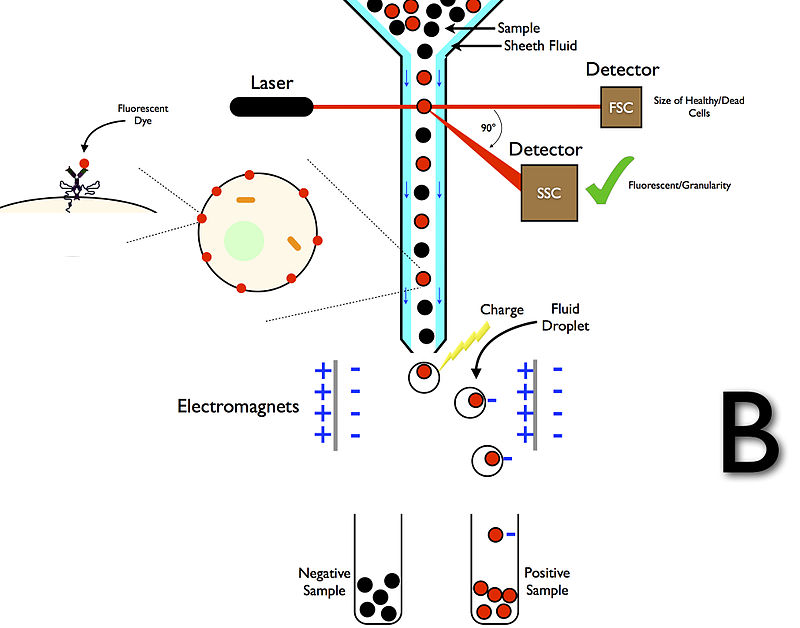 The system is calibrated in order to create a single droplet with one cell. Just before the formation of droplets, the flow suspension moves along a fluorescence measuring apparatus which detects the fluorescence characteristic of each cell. At the point of formation of droplets, an electrical charging ring is placed which a charge is induced to the ring prior to the measurement of the intensity of fluorescence. Once the droplets are formed from the suspension stream, a charge is trapped within the droplets which then enters into an electrostatic deflection system. According to the charge, the system diverts the droplets into different containers. The method of application of the charge varies according to different systems utilized in FACS. The equipment used in FACS is known as a fluorescence activated cell sorter.

What is the Similarity Between Flow Cytometry and FACS?

What is the Difference Between Flow Cytometry and FACS?

The cell is the basic structural and functional unit of all living organisms. Cell sorting is the process by which cells are isolated and differentiated into different categories based on their intracellular and extracellular properties. Flow cytometry and FACS are two important methodologies in cell sorting. Both processes are developed to differentiate cells according to their optical properties. Flow cytometry is a methodology which is utilized during analysis of a heterogeneous population of cells according to different cell surface molecules, size and volume which allows the investigation of single cells. FACS is a process by which a sample mixture of cells is sorted according to their light scattering and fluorescence characteristics into two or more containers. This is the difference between Flow Cytometry and FACS.

Download the PDF Version of Flow Cytometry vs FACS 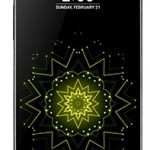