Mankind is dependent upon fuel for its energy requirements and most of this requirement is met using fossil fuels that are our natural resources and are limited in quantity. Crude oil, or petroleum in which form it is used for our purposes, is a naturally occurring flammable liquid that is found inside earth on certain geographic locations, mostly Middle East. This crude oil is a mixture of hydrocarbons and other organic compounds, and it is useless in its natural form. However, once it is refined and gives compounds like petroleum, diesel, kerosene oil and other products, oil becomes a vital cog of development for all economies. There are many who think of fuel and oil as being synonyms and use these words interchangeably. However, there are differences that will be highlighted in this article.

Any substance that has the power to perform mechanical work by releasing energy that can be controlled by humans is classified as a fuel. Wood is considered to be the first fuel used by humans as they burnt branches of trees to produce heat and flame to cook food. Most of the fuels release energy through oxidation that takes place with their combustion in air. There are also fuels in the shape of nuclear reactors that make use of nuclear energy to supply fuel (electricity) through processes such as nuclear fission and fusion. There are also bio fuels that are being used in many parts of the world. These are fuels that are derived from pant and animal sources ands as such are renewable than fossil fuels that are fast depleting.

Among all fuels, it is crude oil that is found naturally under the surface of the earth that is considered most significant as it is fulfilling energy requirements of all nations of the world. However, it is a natural resource that is non renewable and fast diminishing. Oil is recovered mostly through oil drilling and is useless until it is transformed into petroleum which is the major source of fuel for automobiles. There are many other by products of oil including diesel, kerosene and many other lubricants and chemical substances that are widely used for energy and other industrial applications. The origin of the word petroleum says it all as it is made up of petra meaning rock, and oleum meaning oil. Thus it is oil from rocks and is found in many geological formations under the surface of earth. 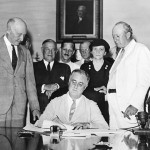 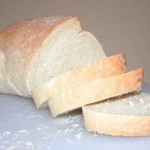