What is a Functional Group? 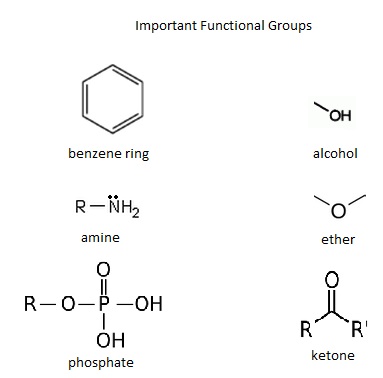 What is a Substituent?

A substituent is an atom or a group of atoms that can replace one or more atom in a molecule. Here, the substituent tends to attach with this new molecule. When considering the types of substituents, there are either active groups such as functional groups and inactive groups as well. Furthermore, steric effects may arise due to the volume occupied by the substituents in the molecule they substitute. There can also be polar effects that arise due to the combination of inductive effects and mesomeric effects. Apart from that, the terms most-substituted and least-substituted are useful when explaining the relative number of substituents in different molecules. 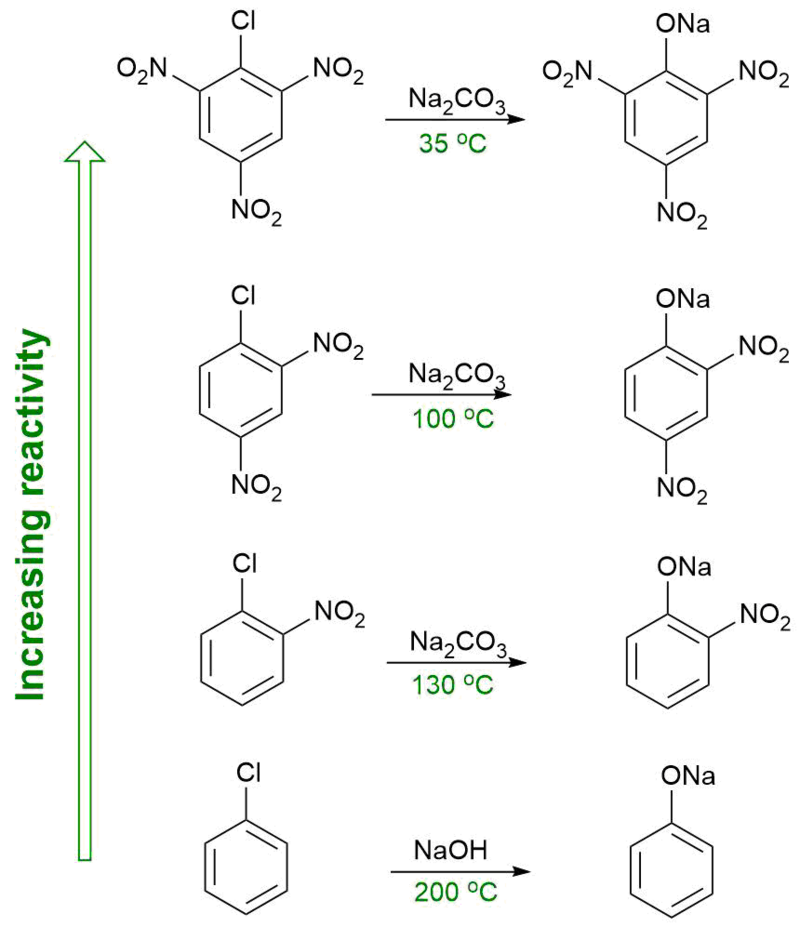 Figure 02: Placement of Substituent Groups so that the Reactivity of the Molecule Increases

What is the Difference Between Functional Group and Substituent?

Below infographic summarizes the difference between functional group and substituent. 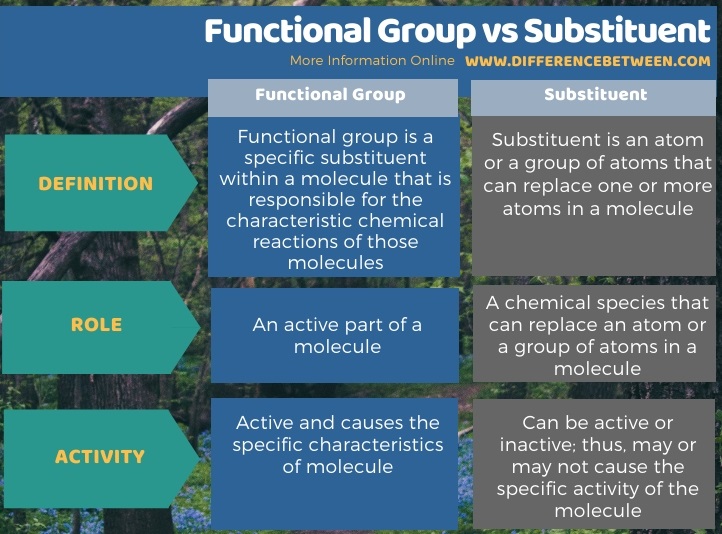 Difference Between Ethanol and Propanol

Difference Between Iso and Sec in Organic Chemistry 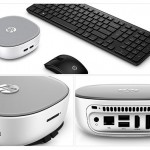