What is Inductive Effect?

Inductive effect is an electronic effect in polar molecules or ions due to the polarisation of σ bonds. The main cause of the inductive effect is the electro-negativity difference between the atoms at either end of the bond. This creates some bond polarity between two atoms. Most electronegative atoms pull electrons in the bond towards itself, and this results in polarization of the bond. Some examples are O-H and C-Cl bonds. 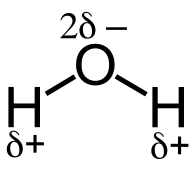 The mesomeric effect arises due to the substituents or functional groups in a chemical compound, and it is represented by the letter M. This effect is a qualitative method of describing the electron withdrawing or releasing properties of substituents, based on the relevant resonance structures. It is a permanent effect in chemical compounds made up of at least one double bond and another double bond or a lone pair separated by a single bond. The mesomeric effect can be categorized as ‘negative’ and ‘positive’ based on the properties of the substituent. The effect is positive (+M), when the substituent is an electron releasing group, and the effect is negative (-M), when the substituent is an electron withdrawing group.

What is the difference between Inductive Effect and Mesomeric Effect?

Inductive Effect: The inductive effect is a permanent state of polarization. When there is a sigma bond between two different atoms (when the electronegative values of the two atoms are not similar) the electron density between those two atoms is not uniform. The electron density is more dense toward the more electronegative atom. Even though it is a permanent effect, it is relatively weak, and therefore, it can be easily surpassed by other strong electronic effects.

Mesomeric Effect: Mesomeric effect is caused due to the delocalization of electrons. It can be transmitted along any number of carbon atoms in a conjugated system. It can be considered as a permanent polarization, mostly found in unsaturated chains.

Inductive Effect: The electronegativity difference between the two atoms in the bond directly affects on the inductive effect. In addition, it is a distance-dependant phenomenon; therefore, the bond length is also another affecting factor; the greater the distance, weaker the effect.

Mesomeric Effect: The mesomeric effect is a permanent effect which depends on the substituents or the functional groups in a chemical compound. It is found in chemical compounds containing at least one double bond and another double bond or a lone pair separated by a single bond.

Inductive Effect: Inductive effect is divided into two categories based on their electron withdrawing or electron releasing effect with respect to hydrogen.

The groups or atoms having electron withdrawing properties cause the negative inductive effect. Some examples are listed below according to the decreasing order of the –I effect.

The groups or atoms having electron releasing properties cause the positive inductive effect. Some examples are listed below, according to the decreasing order of the +I effect.

When the substituent can be considered as an electron releasing group based on the resonance structures, the effect is positive (+M).

When the substituent is an electron-withdrawing group, the mesomeric effect is negative (-M)

Difference Between Alkanes and Alkenes

Difference Between Nylon and Teflon

Difference Between Biofuel and Fossil Fuel 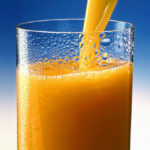