The key difference between Google Nexus 6P and Galaxy S6 Edge Plus is that Google Nexus 6P  is an integration of the best components produced by the industry leaders to make a quality smartphone whereas Samsung Galaxy S6 Edge Plus is one of the most elegant phones produced up to date, which comes with a fast and accurate fingerprint scanner, better battery life, and an octa-core processor that enables a fast performance. Google Nexus 6P is a great value for money phone  that has an all-metal design, AMOLED display and excellent in-built technology.

The Google Nexus 6P is a great phone which encompasses a lot of powerful features. It is a large screen smartphone where the display size stands at 5.7 inches. The display is provided by Samsung while the chipset  is provided by Qualcomm. The camera sensor which is used in camcorders is provided by Sony. Each component mentioned above is produced by industry leaders. Therefore, Nexus 6P can be dubbed as a collection of the best components available in one package.

Google with its manufacturing partner Huawei has been able to improve the design of the smartphone by introducing an all-metal design. The previous models did not have an eye-catching design, but it seems that Google has plans to make a difference in this area. Now the Google Nexus 6P has a premium feel and looks good compared to Nexus 5 and Nexus 6.

Due to the all-aluminum body, the permission of wireless signal has been distorted. However,  Huawei has come up with the black glass bar which is situated on the back of the smartphone to solve this problem. This component houses many of the device’s key components like rear camera, NFC, LED flash and autofocus module and other components that work with the use of wireless signals.

As with the latest Samsung models, the display has seen an enlargement of 5.7 inches. The display uses AMOLED Technology and has a high resolution of 1440 X2560, which is a Quad HD resolution. It also boasts of an impressive pixel density of 518 ppi which is able to produce sharp crisp and clear images. The AMOLED displays have been made partnering with cutting edge technology developed by Samsung, which are producing the best displays up to date. The colors reproduced are accurate, detailed and, vibrant; this is a trait of Samsung AMOLED displays which produces great image quality.  Although the phone is bigger, it has a reasonable weight and feels comfortable in the hand at the same time. Front facing speakers also occupy the front of the smart device.

The processing power for the smartphone is produced by the Qualcomm Snapdragon 810 processor. This processor has heating issues which reduce its performance when sustained load is handled by the processor unit. The processor has been built around a 64 bit architecture. The processor consists of octa-core where one half is able to perform at a maximum clocking speed of 2GHz. The graphical processing is powered by the Adreno 430 GPU. This new graphics processor is 30% faster in processing graphics and consumes 20% less power compared to the Adreno 420 GPU.   The memory of the phone is 3GB, which is LPDDR4 RAM. The built-in storage comes at 128GB. The 32GB model has been developed mainly for the customers. The smart device comes with a NanoSim Slot.

The battery capacity supported by the device stands at 3450mAh. It consists of a USB- C type port and is powered by Qualcomm fast battery charging.

The rear camera uses a Sony sensor which has a resolution of 12.3 megapixels. The aperture of the camera is f/2.0. It is expected that the Sony IMX377EQH5 will be used which is the same sensor used in camcorders. It comes with a 1.55-micron pixels sensor which will be able to capture more light in low light situations, with less noise. The smartphone is also able to capture 4K video and slow-motion clips at a frame rate of 240 FPS. There is also a laser autofocus system and a dual LED flash which accompany the camera. The front camera has a resolution of 8 megapixels which supports an aperture of f/2.2. 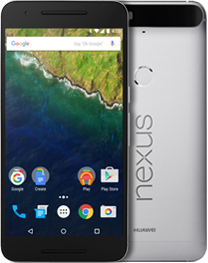 The Samsung Galaxy S6 Edge Plus is an elegant and stunning phone. With the curved edges, it is one of the most beautiful designs ever produced for a smart phone up-to-date. There are not many apps available to take advantage of the curved edges as of yet, but this may change in the future.

Although there are not many apps that support the curved edge, there are some that take advantage of it. Contacts of five preferred individuals can be accessed quickly using the edge, and also five apps can also be accessed in the same way, which is easy and quick. The curved display is also able to display alerts like twitter and news. The body is made of metal, and Gorilla Glass 4 has been added to the front and rear of the device to further strengthen the phone and make it more durable. The only problem with the display is, it attracts fingerprints which make the display look bad after a while. The downsides of the design include no removable battery, no micro SD card for expanding the memory and no waterproofing.

The size of the display stands at 5.7 inches. This may seem big at first, but the phone is able to fit into the hand very nicely and is comfortable too. The fingerprint scanner does a great job in securing the phone. The display technology used is the Super AMOLED display. This can support a resolution of 2560 X 1440. This enables the display to put forward images that are crisp, clear and exceptional. A small degradation can be observed in the form bluish tinge on the images which is a result of the edge curved screen. The panel has a glossy finish which will produce excessive reflections when used in a sunny environment. This problem has been overcome by increasing the brightness of the screen.

The fingerprint scanner on the Samsung Galaxy S6 Edge Plus is on par compared to the Apple Touch ID and other competing brands in the market. It employs press to access which is an easy feature to adhere in unlocking any phone application. The only downside of the fingerprint scanner is when it is wet, it is not as accurate and will sometimes cause repeated sign-ins to fail.

The Samsung Galaxy S6 edge Plus houses an octa-core Exynos processor which is Samsung’s own processor as with the Samsung Galaxy S6 Edge. The one-half of the octa-core has a clocking speed of 1.5 GHz powered by Cortex A53 whereas the other half quad has a clocking speed of 2.1 GHz, which is powered by cortex A 57. The memory available with the device is 4GB. This will enable multitasking to happen in a more efficient manner. The applications on the smart device perform smoother without any latency.

The battery capacity of the Samsung Galaxy S6 Edge Plus is at 3000 mAh. The battery is able to last longer. This is able to work for longer when used by many applications. The power saving mode is able to extend the device’s battery life by two hours which can be useful in many situations. The fast charging feature can charge the phone from empty to full in just 90 minutes. Wireless charging is also supported by Samsung, which is a noteworthy feature.

The camera is able to perform well in low light conditions. The aperture of the camera is f/1.9 and shots taken in daylight are also of quality. The images can be captured at a quick pace, ably supported by face detection and autofocus features. The rear camera supports a resolution of 16 megapixels which produces detailed and sharp images. The camera also comes with Optical Image Stabilization. 4K video support is available with this device. 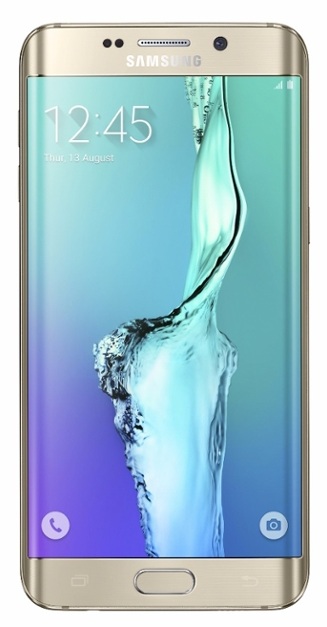 What is the difference between Google Nexus 6P and Galaxy S6 Edge Plus?

The Nexus 6P is heavier than the Galaxy S6 Edge Plus which makes it less portable than the Samsung model.

Higher resolution cameras will produce more detail, but it also depends on the sensor to a certain extent.

The Nexus 6P is a great value for money phone which has all the necessary features that would be expected from any smartphone. The advanced built-in technology would be a key selling point for the phone. It has a better appearance this time around, and the battery life and performance of the phone are up to mark as well. With the Samsung-made AMOLED display and the camera made by Sony, it is undoubtedly an integration of many quality components, any mobile phone enthusiast would want to have in his pocket.

The elegant design of  Samsung Galaxy S6 Edge Plus is one of its key selling points. The downsides of the device are the non-removable battery and the lack of a micro SD card for expanding the storage. Nevertheless, the phone comes with a fast and accurate fingerprint scanner, better battery life and the octa-core processor which produces a fast performance.

Difference Between iPhone and iPod Touch 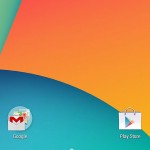 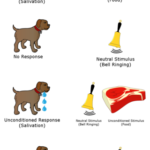