Being components of the human brain it becomes important to know the difference between gyri and sulci. Human brain is one of the most complex organs in the human body. It is responsible for carrying out a huge number of functions, which are done by the nervous system. The cerebral cortex is known as one of the most important parts of the brain because it is the place where most of the neural activities take place. When compared to other mammals, humans have the most developed cerebral cortex. The cerebral cortex represents the out layer of the brain, which is few millimeters in thickness. It contains over 10 billion neurons that are accounting for 10% of all the neurons present in the brain. There are six layers of neurons with unmyelinated fibers in the cortex. The surface of the cerebral cortex is highly folded in order to increase the surface area so that a larger number of neuron cells can be accommodated in the cortex. As a result of folding, there are ridges and furrows that can be clearly observed on the brain surface. The ridges or convolutions are known as gyri, whereas furrows or fissures are called sulci. These structures help to demarcate certain parts of the brain such as lobes and divisions. Gyri and sulci are entitled based on the lobe they are found or their relative position within the lobe.

The convolutions on the surface of the cerebral cortex are called gyri (singular term is gyrus). Each gyrus of the cerebral cortex has a name and is often used in neurolinguistic descriptions. They are named mainly according to their location. For example, gyri located in the frontal lobe are named as superior frontal gyrus, middle frontal gyrus and inferior frontal gyrus, whereas the gyri found in temporal lobe are denoted as superior and middle temporal gyrus. Occipital lobe has superior and inferior occipital gyrus. 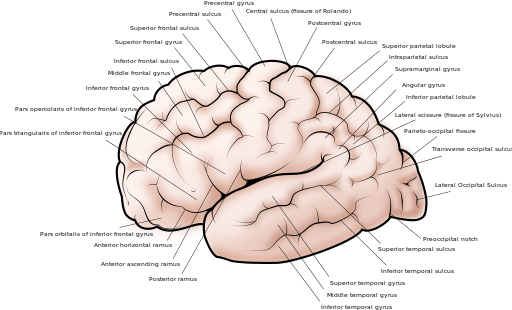 What is the difference between Gyri and Sulci?

• The ridges or convolutions are known as gyri, whereas furrows or fissures are called sulci.

• Sulci are found in between gyri.

Difference Between Sprain and Fracture

Difference Between Sensory and Motor Nerves

Difference Between Male and Female Skull 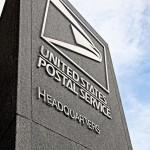 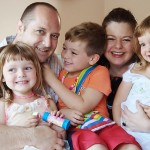