It is hard to find a food item having so many different names inside a single country than a sandwich with meat filling in US. These names reflect the area of the country from where they come. Sandwiches are known as Grinders in New England, Po Boys in New Orleans, Subs in NY and California, and Hoagies in NJ, Philadelphia. There are also heroes, torpedoes, wedge, and even poor Boys. Hoagie and Sub, basically, are the same sandwiches known by different names. The origin of these names makes for interesting stories. Let us take a closer look at the origin of sub and hoagie.

There is no dispute as to which part of the country is responsible for popularizing the name hoagie for a sandwich. There was a shipyard in Philadelphia, known as Hog Island, where ship wreckage was exercised during WW I and all men who worked there were provided with different meals. A special sandwich containing different meats along with lettuces and cheeses in between two slices of bread was introduced and given the name Hog Island sandwich that later changed itself into Hoagie as a short name. Another story says that street vendors selling meats and cookies at the start of the 20th century got hold of pinafore that was a long loaf of bread produced by bakeries and sold it after stuffing it with antipasto salad. These were called as hoagies.

Submarines were the centre of attraction during WW I and people were crazy about them. Restaurants serving a large number of navy men posted at Charlestown Navy Yard tried to catch their attention by naming their sandwich as Sub. The bread was cut to make the sandwich look like a real sub. Another theory suggests that Sub sandwiches were introduced by an Italian immigrant who sold grocery at his store. 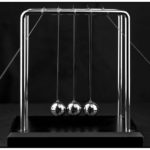 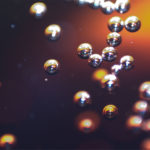