HP webOS is a Linux based proprietary mobile operating system initially developed by Palm, .Inc and later owned by HP. The webOS allows applications to be developed using web technologies and hence has acquired the prefix “web”.

One should agree that webOS ergonomically well designed. The touch screen of webOS allows an array of gestures, mostly meant for one hand operation; this is very significant since webOS is intended as a mobile operating system. Users can launch the quick launcher with a slow swipe up, while a faster swipe up will bring up the launcher (more like a grid of all applications installed). HP webOS also supports common and intuitive gestures such as tap, double tap, left & right swipe and etc. As these gestures are also common with other mobile platforms users will find migrating to a device with webOS effortless.

With more recent versions of webOS, a concept called ‘stacks’ is introduced. Users can organize applications which are likely to be used simultaneously, into one stack. A possible use case for the usage of stack is a user making an appointment in calendar while reading an email; in this scenario the user can group calendar application and email application into one stack.

A much talked about feature with the release of webOS 2.0 is ‘Synergy’. Synergy allows users to connect their many online accounts into a single place. Users can sync their many web mail accounts and social networking accounts into one list. Synergy is also combined with the contact list and messaging applications of the platform. For e.g. messages sent to a single contact can be viewed in a single list.

Designers of webOS have given great thought to the design of Notifications. In webOS, the notifications pop’s up at the bottom of the screen. In a mobile device, notifications are something that users deal with more often. The ability to reach these notifications without much effort is facilitated by webOS.

webOS has supported Flash from its early stages. Currently, the web browser of the platform named ‘Web’ supports flash as well. The rendering is reportedly similar to that of Chrome and safari.

Additionally, webOS has search functionality called “Just Type”. It allows user to search globally for anything (in all content of the phone). Like its competitors, webOS supports email, audio video playback, a PDF viewer and many more utilities. Users can get additional functionality by downloading free and paid officially accepted 3rd party applications from the ‘App Catalog’; the online application store for applications supported by webOS. Applications not supported by HP are called ‘Homebrew’; the warranty for the device will be cancelled if such applications are installed in a licensed device.

When no applications are running, the home screen has a top bar and a bottom bar visible to user. The top bar displays date, time, and signal strength and battery indicator. The ‘apps panel’ located at the bottom of the screen has links to All applications, favorites, media and games.

Blackberry QNX facilitates a multi-touch screen which recognizes many interesting gestures any tablet user will love.

As most its competitors Blackberry QNX support gestures such as swipe, pinch, drag and many variants of them. If a user swipe from bottom of the screen to the middle it will be possible to see the home screen. If a user swipe left or right while viewing an application it’s possible to switch between applications. A virtual keyboard is available for text input, however finding special characters and punctuation needs some efforts. Precision is also another factor where the keyboard can improve.

Blackberry QNX is loaded with necessary and cool applications. A customized Adobe PDF reader is available with Blackberry QNX on PlayBook, which reportedly has quality performance. Blackberry is more of a corporate brand than a consumer brand. Therefore, it is no surprise when the Blackberry QNX in PlayBook comes with a complete suite capable of handling documents, spreadsheets and slide presentations. Using Word to Go and Sheet To Go applications, users can create word documents and spread sheets. However slide presentation will not be possible to create, while excellent view functionality is provided.

“Blackberry bridge” is one of the exceptional features of Blackberry PlayBook with QNX operating system. It allows the Tablet to be connected with blackberry phone with Blackberry OS 5 or above. However, the performance of this application is below expectations. The calendar application will unlock, only if, it’s used with a Blackberry smart phone. If the application can be tuned well, this feature will strengthen the Blackberry QNX against its many competitors. A dedicated YouTube client is also available in Blackberry QNX.

An email client is also onboard in Blackberry QNX. It’s called “Messages”, which is quite misleading to SMS messaging. Basic functionality such as searching email, selecting multiple messages and message tagging is available in the installed client.

The browser installed in Blackberry QNX is much raved for its performance. The pages reportedly load fast,, and users are able to navigate even before the entire page is loaded, which is really a neat functionality. The browser boasts Flash Player 10.1 support and heavy flash sites are loaded with smoothness. Zooming is also reportedly very smooth.

At the moment Blackberry QNX is available only in Blackberry “PlayBook”; the tablet version of Blackberry. However, it is expected that future versions of Blackberry smart phone will come with a QNX based operating system installed.

What is the difference between HP webOS and Blackberry QNX?

Hp webOS is a mobile operating system available in both smart phones and Tablet PC’s made by HP. Blackberry QNX is currently only available in Blackberry PlayBook which is the tablet PC manufactured by Research In Motion; this maybe the biggest difference between the two devices. “TouchPad” (tablet with webOS installed) and “PlayBook” (Blackberry tablet with Blackberry QNX installed) both have multi-touch screens and uses virtual keyboards for text input. Basically all devices with webOS and Blackberry QNX will have touch screens. Applications for webOS can be downloaded from “App Catalog” while the Blackberry QNX applications can be downloaded from “App World”. “Blackberry Bridge” differentiated Blackberry QNX from webOS and most other mobile operating systems. The ability to pair a smart phone with the tablet PC is facilitated by this feature. If the stability of this feature can be improved it will give a competitive advantage for Blackberry QNX.

Difference Between Blackberry OS 6 and OS 6.1 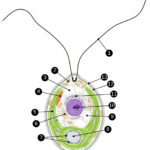 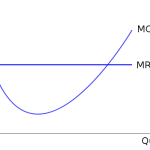