It was during the 2nd World War that many countries of the world convened a conference in US in 1944 to discuss and set up a framework for economic cooperation and development of the member countries. International Monetary Fund (IMF) and World Bank (WB) were the intergovernmental organizations that came into existence as a result (known as Bretton Woods institutions), and have continued to evolve with changing circumstances around the world. IMF works to oversee the development and economic cooperation between the countries of the world and has a stable and prosperous global economy as its goal. WTO is the latest organization at the world level that has been set up in 1995 to regulate trade relations between the countries of the world. It is a result of grueling negotiations by participating countries through many rounds of talks known as GATT rounds. This article attempts to articulate main differences between these two influential global bodies that work in close cooperation with each other.

IMF
The International Monetary Fund was set up to increase economic cooperation between member countries and to help and assist poor countries. IMF has been making loans for the development of infrastructure and welfare programs in poor countries at low rates of interest. IMF also provides advice on policy matters and technical assistance to countries to develop their economies. The loans provided by IMF are of short to medium duration and intend to solve the balance of payment crisis of member countries. These loans are given from a fund that is made by contributions from member countries. Among donor countries, US and Japan are the biggest donors. There is a quota system according to which every member country has to contribute to the fund of the IMF.

WTO, on the other hand is a result of deliberations between the countries of the world that have been going on since 1947 when 1st round of GATT talks were held. General Agreements on Tariffs and Trade tried to regulate trade between countries of the world with the mission to gradually remove trade barriers in the form of tariffs and quotas. Today, there are more than 150 members of WTO and more than 90% of the world trade is conducted according to the provisions of this world body. WTO is the culmination of negotiation on tariffs trade and later on trade in services as well (GATS).

Though at first glance there appears to be no connection between IMF and WTO but a deeper analysis reveals the close connection between the objective, role and responsibilities of the two world bodies. One can clearly see how the functions of IMF complement those of WTO. Unless there is a stable world economy and stable exchange prices of currencies of the world, the trade between member countries can never be expected to grow as is envisioned in WTO. This is why IMF and WTO work in close cooperation with each other. The rules and regulations of WTO are applicable on all member countries while IMF comes to the rescue of those members who are facing the heat because of balance of payments problem. It is clear that the objectives set for IMF such as raising living standards and removing poverty from poor countries cannot be achieved with a fair trading system that governs trading between member countries of the world.

The two important world bodies coordinate with each other on all levels and there is an agreement to this effect that was signed after the creation of WTO. Officials of both IMF and WTO attend meetings and working groups of IMF and IMF is apprised of all the trade policies and agreements which helps IMF in surveillance of programs that are carried out with assistance from funds given by it to member countries. On its part, WTO consults IMF whenever there is a member facing balance of payments problem. WTO provisions allow countries to apply trade restrictions on such member countries. It was during Doha talks of WTO that IMF set up Trade Integration Mechanism (TIM). This is a fund that makes available short term loans to countries facing balance of payment problems.

Cooperation between IMF and WTO goes on even at the highest level with the Director General of WTO meeting with the Managing Director of IMF regularly to have talks on wide ranging issues related with trade.

Difference Between GATT and WTO

Difference Between GATT and GATS

Difference Between World Bank and IMF 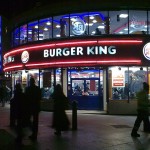