When a new employee joins a company he is led into an induction/orientation or an induction and orientation program. This really confuses many in HR as some believe it is induction while others refer to it as orientation. Are these two words synonymous or there is some difference between the two concepts? This article attempts to make clear the two interrelated but different concepts that are a part of any initiation program that is designed to make an employee feel relaxed and learn the rules and regulations of a company in an easy manner.

Every company or organization has to have an induction and orientation program in place so that a new employee learns the rules and regulations of the company quickly. The program also makes him aware of the organizational structure of the company, the persons whom he has to interact and report matters, and also the actual training that the person has to undergo to perform the role and duties assigned to him. Induction is of a shorter duration while orientation may take up to a week. Induction comes first and is usually followed by orientation. Induction is more informal than orientation. Induction means to introduce the new employee with all the other employees to make him feel relaxed. He is given a preview of the company and is more in the form of a presentation than in the form of training which is what orientation is. Induction gives an idea of the type of organization he is going to work with and in general to make him feel more comfortable with the premises and the people inside the organization.

Orientation is a more formal program that follows induction and usually consists of familiarizing the employee with his work environment, the machines and equipment, and the job and tasks that the new employee is expected to perform. If the new employee makes mistakes, it is taken as a part of his learning process. Mistakes gradually reduce in frequency and magnitude and by the time orientation comes to an end, the program makes the employee ready to take on the challenges of his job.

• Orientation involves actual training that prepares the employee for his job.

Difference Between Workgroup and Team

Difference Between Voluntary and Compulsory Redundancy 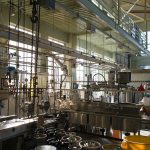 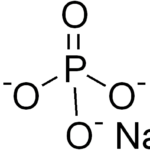 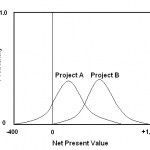