Apple finally released iPhone 4S on 4 October 2011, and it will be available from 14 October 2011. The external appearance of 4S seems identical to iPhone 4. The much anticipated iPhone 5 has been delayed for 2012 release. iPhone 4S is the first dual core smartphone from Apple. Siri is a new feature in iPhone 4S; it is an intelligent assistant that enable user to manage the phone with voice. iPhone 4S will be compatible with wide range of networks. It will be available in US for all major carriers except for T-Mobile. iPhone 4S carry a price tag similar to that of iPhone 4 at release; 16 GB model is priced at $199, and 32GB and 64GB are price $299 and $399 respectively, on contract. Apple has brought down the prices of iPhone 4 now. HTC Sensation XE is a new addition to HTC Sensation family; it is more powerful than HTC Sensation. HTC Sensation XE has 1.5GHz dual core processor and 4.3” display. HTC Sensation XE will be released to the European market before 2011 fall.

HTC Sensation XE is 4.96” tall, 2.57” wide and 0.44” thick. The dimensions of the phone remain similar to its predecessor and there for the portability and slim feel of the device remains intact. The device comes with a black and red designed which was commonly available in many other entertainment phones. With battery the device weighs 151g. HTC Sensation XE has a 4.3” Super LCD, capacitive touch screen with 16 M colours. The screen resolution is 540 x 960. The resolution of the display and the quality remains similar to the previous version of the phone released few months back. The device also has Accelerometer sensor for UI auto-rotate, Proximity sensor for auto turn-off and a Gyro sensor. The user interface on HTC Sensation is customised with HTC Sense.

HTC Sensation XE has a 1.5 GHz dual core snap dragon processor with Adreno 220 GPU for hardware accelerated graphics. Since HTC Sensation XE is meant to manipulate a reasonable amount of multimedia, a good hardware configuration is necessary to achieve the full potential of the device. The device comes with 4 GB internal storage and 768 MB RAM. The storage is a limitation in this phone; only 1 GB from the 4GB is available for users. Also, storage cannot be extended externally, as it does not have SD card slot. In terms of connectivity, the device supports Wi-Fi, Bluetooth, 3 G connectivity as well as micro-USB.

On HTC Sensation series, HTC capitalized heavily on the cameras. The emphasis remains similar in HTC Sensation XE. HTC Sensation XE has an 8 mega pixel rear facing camera with dual LED flash and auto-focus. The camera also comes with useful features such as geo-tagging, touch focus, image stabilization and face detection. Instant capture is another unique feature in the rear facing camera. The camera is also capable of HD video recording at 1080P with stereo sound recording. The front facing camera is a fixed focus VGA camera quite sufficient for video calling.

HTC Sensation XE is a unique multimedia phone. The device comes with Beats audio and custom made Beats headsets and specially customized music application to take the full advantage of the cool headset. The FM radio support is also available on the device. HTC Sensation XE supports audio playback for formats such as .aac, .amr, .ogg, .m4a, .mid, .mp3, .wav and .wma. The audio recording format available is .amr. IN terms of video playback formats, .3gp, .3g2, .mp4, .wmv (Windows Media Video 9), .avi (MP4 ASP and MP3) and .xvid (MP4 ASP and MP3) are available while video recording is available on .3gp. With the high end hardware configurations and the 4.3” screen HTC Sensation XE will be very user friendly for gaming as well. 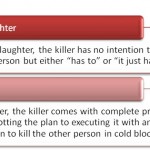 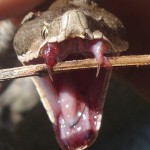