Law is a system of checks and controls that serve a very important role in a society, and that is to maintain order. Laws are written rules and regulations that define the accepted behaviors and actions of the members of the society and the punishments that can be meted out to people showing deviant behavior. Morality is another important concept in all societies and cultures that guide the behavior of the members. It refers to an unwritten code of conduct about what is right and what is wrong. Though the purpose of both law and morality is similar, there are many differences between the two that will be highlighted in this article.

Written rules that are enforceable in courts are called laws. These laws mostly stem from the constitution of a country that is written keeping in mind the hopes and aspirations of the people of that country. However, there is another source of law, and that is the legislative assembly of the country. Members of the assembly propose, debate, and pass legislations that finally become laws of the land after securing seal of approval from the President.

Laws are rules and regulations that ensure compliance and prevent deviance from the members of the society as they are backed by the coercive powers of the courts of the land. Members of the society, whenever they violate a law can be punished and sentenced to prison. This fear of punishment serves as a big deterrent and maintains order in a society.

In all cultures and societies, there is a code of conduct that is unwritten and expected to be followed by all members of the society. This code of conduct defines what is right and wrong for individuals and groups and keeps them on the path that is desirable and acceptable to the society. Morality stems from the earlier system of taboos where people were restrained from certain actions and behaviors, to maintain peace and order in the society. Morality is a concept that defines what is right and desirable and serves as a guide for the people as they can base their behavior and decisions on this system of morality.

Morality is based upon time tested principles and values such as love, friendship, compassion, liberty, freedom, honesty, integrity etc. They provide the anchorage in the deep sea of life whenever we are confronted with difficult times and situations.

What is the difference between Law and Morality?

• Morality is what is considered right and wrong in a society while laws are rules and regulations that are punishable by the courts if violated.

• Morality is a code of conduct that guides the behavior of members of a society, but it may be in contradiction of the laws of the land in some cases.

• Morals have a religious and cultural significance, and there is a system of enforcement whereby deviant behavior is derided, or the member boycotted.

• Morality is what religion demands whereas law is what the state demands.

• Morals serve as the first line of defense in a society, and there is an automatic compliance to them while courts and police are needed to ensure compliance with laws. 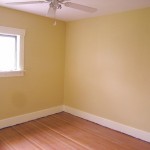 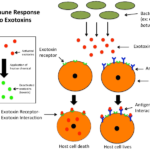 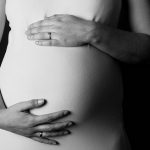