LCD Projector and DLP projector are the two major types of projectors. Though you may not be normally concerned by technologies used in a projector, they suddenly become important when you need to buy a projector for your home. LCD and DLP are the major technologies being used today, and each has its own advantages and drawbacks. It makes sense then to know the features of both the kinds of projectors to choose one that better suits your requirements.

DLP stands for digital light projection. It makes use of spinning wheel that is made up of 3 primary colors and some secondary colors. This color spinning wheel is designed to create vivid colors. A mercury bulb or an LCD array is used to produce bright light which is bounced off a chipset containing thousands of small mirrors and then passed through a prism. Each small or micro mirror is equivalent of a single pixel. What is amazing is the fact that each mirror has a specific purpose and can be told its job by an internal processor.

These projectors make use of liquid crystal panels that contain a semi solid material representing primary colors. When current passes through these crystals, they twist and twirl, partially blocking the light thus producing lots of colors and shades of black.

Both DLP and LCD are used in TV’s, computer monitors and in particular projectors. DLP technology has been developed by Texas Instruments (TI), which is a company also manufacturing semiconductors and other computer equipments. DLP is not just being used in rear projection television; it is now increasingly being used in flat panel TVs in addition to being used in cinema halls.

Talking about drawbacks, LCD suffers from screen door effect which is in simple terms, gap between pixels. However, this flaw is removed while watching high resolution TV’s. DLP on the other hand has soft edges because of the reflective nature of the pictures. It also has a better contrast than LCD which is why it is being preferred over LCD by cinema halls and movie lovers at home. However, DLP suffers from rainbow effect which is rapid changes in light conditions that cause headaches to some people. LCD, on the other hand produces red, blue and gren images constantly thus not causing strain on eyes.

Both LCD and DLP are popular at the moment and only time will tell which of the two technologies goes on to become the dominant one in future. 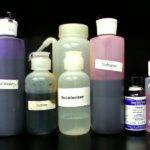 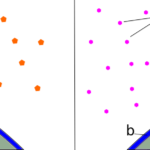