Home / Technology / IT / Applications / Difference Between M4V and MP4 and MKV

MP4, M4V, and MKV are popular video file formats used in computers. MP4 and M4V are similar while MKV is completely different in structure. Conceptually they share the same principles at the elementary levels.

MP4 is a file container format developed by the Moving Pictures Experts Group for the International Standards Organization, and it is based on the QTFF. In fact, the initial release of the format was nearly identical to the QTFF. Still they share the same structure, but MP4 has moved up the timeline and developed into a more advanced container. It is now a major component of the ISO based media file format standards.

Since the initial development was based on the QTFF, much of the structure of MPEG-4 is the same. In an Apple environment (MacOS or iOS), these file formats can be used interchangeably. The file format can be changed without actually re-encoding video. The MP4 has the advantage of being able to stream over the internet while QTFF does not support this. Also, MP4 is supported by most of the OS platforms and video editing software. The community around the standard has grown, and contributions from the community have ensured the progress of the standard in the industry; something QTFF does not enjoy due to its proprietary nature.

MPEG4 files use the .mp4 extension in general, but depending on the application extension used may differ. For example, the audio only file can use the .m4a extension. Raw MPEG4 video bit streams are given the .m4v extension. The video file formats used in the mobile phones are also a development from the MPEG4-12, and they use the .3gp and .3g2 extensions. Audio books use the .m4b extension because variation in the code allows bookmarking the audio file.

M4V is a development from the MP4 file container. It was developed by Apple, to accommodate copyrights in iTunes and related products. Since MP4 is based on Apple`s QTFF format, it is reasonable to say that M4V is a derivative of QTFF.

The structures of MP4 and M4V are almost the same while Apple’s FairPlay DRM (digital rights management) copyright protection is applied to all the M4V files. Also, it supports A3C (Dolby sound) which is not a standard audio stream used in MP4 format.

MKV is a media container format, which is both open standard and free. It is named after the Russian nesting dolls and called Matroska Multimedia Container. It is given this name specifically because of the containers ability to hold any number of data streams within a single file. It is completely an open specification and open source platforms and software use and support it extensively.

MKV files can hold multiple media streams within the same file. For example, a movie can be encoded in MKV to contain audio tracks in two languages, in the same file. The required track can be selected when playing. The individual tracks of a media file are saved as individual data lines. Conceptually it is similar to the MP4 and AVI file formats. Because of this, it is easier to edit and store multimedia files in MKV format and it is convenient to store highest amount of data possible in a single file.

Many media players for windows and Mac now support the MKV file format; if not, installing a generic codec like K-lite codec Pack will enable the player to run MKV files.

• MP4 was developed by MPEG of the ISO, based on the QTFF, and now used as an industry standard. M4V is a derivative of the MP4 format and developed by Apple to be used in their products as a proprietary file format. MKV is a completely open container specification.

• MP4 can include video, audio, text, and other media in one file. M4V inherits this property from MP4. In MKV, any number of audio, video, or other media can be included in the same file.

• MP4 is widely used for online media, and M4V inherits this. MKV is not likely used in online media streaming.

• MP4 does not use A3C (Dolby sound) while M4V is developed to support A3C.

Difference Between MOV (QTFF) and MP4

Difference Between MPEG and MP4 and AVI

Difference Between Morphing and Tweening

Difference Between JPEG and RAW 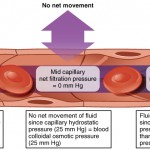 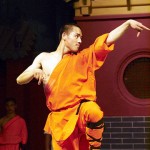 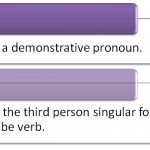 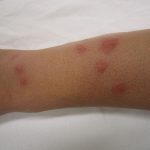