Mesa and plateau are elevated landforms above the surrounding plain area and because of their similarities people often confuse between them. These are relief features of the surface of the earth that has developed in millions of years of constant action of snow, water, and the consequent weathering and erosion of rock layers. A mesa is a smaller landform than a plateau, though many mistakenly refer to a mesa as a plateau. In this article, we shall find out the differences between a mesa and a plateau.

If anyone has been to the southwest of the country, he must have encountered several landforms whose names end in mesa, butte, and plateau. In all such instances, one thing common is a flat top surface with steep slopes and also the fact that these landforms suddenly arise in the midst of surrounding plain areas. Thus we have Colorado Plateau, Grand Mesa and Coyote Butte. The reason why they are differently named is because of size differences. Of the three similar geological landforms, Butte is the smallest while a plateau is the largest.

It is because of the constant erosion of the surrounding land that a mesa is born with a flat top surface with steep slopes. Because of this action of water, many feel that a mesa is always found with river or stream flowing besides it. Grand Mesa, with an estimated area of about 500 square miles has been formed through constant erosion of the land by rivers Colorado in the north and river Gunnison in the south. In between these two rivers lies an elevated top called mesa which is a huge flat top surfaced landform called Grand Mesa. Natives are of the opinion that though a mesa is larger in size than a butte, a butte is also found associated with cattle that can graze and a companion river.

In a sharp comparison, plateaus are much larger than buttes. If we talk about the southwest only, the Colorado plateau covers an approximate area of 130,000 square miles and comprises the states of Utah (southeastern), Arizona (northern), New Mexico (northwestern), and Colorado (western). Sometimes a plateau may be covered on all sides by lowland area though mostly it is flanked by a river flowing on one of its sides. Plateaus do not have peaks like mountains and are relatively flat top surfaces. The highest plateau of the world is the Tibetan plateau in the Himalayan region. The reason why we do not have peaks on plateaus is because of the constant erosion by rivers and glaciers.

Though it may seem unlikely, even a very large plateau gives way to smaller landforms like mesa and butte because of the constant action of water, snow and glaciers. Landforms and relief features are not constant but in a state of constant motion. This is how deep canyons and valleys got developed over a period of millions of years.

Difference Between Mountain and Plateau

Difference Between Active and Passive GPS 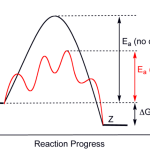 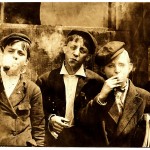 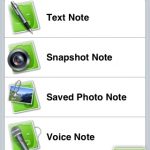