UPSC stands for Union Public Service Commission which is an autonomous body conducting exams at all India level to select candidates for various departments of the government. Civil services are one prestigious exam conducted by UPSC that attracts bright students from all over India. Those desirous of making a career in government jobs because of the sense of security and prestige along with an opportunity to get into administration to be able to work for the welfare of the poor take these exams in large numbers. MPSC is another similar exam held at state level. All states in India conduct civil services exams to select deserving candidates to be absorbed in various departments of the state. The major difference between the two exams lies in the fact that whereas MPSC exam is for those residing in the state of Maharashtra and selects officers that get posting inside the state of Maharashtra while UPSC selects candidates that get jobs in various departments of the central government while getting a posting in any part of the country.

Whether you are a law student, an engineer, a doctor or simply an arts student, you are eligible to appear for UPSC exams if you are a graduate and have attained an age of 21 years. However, to be eligible for MPSC, you need to prove a domicile of the state. In all other respects (syllabus and pattern), both exams are nearly same. There is a preliminary screening exam after which pass candidates appear in the main exam. While preliminary exam is objective in nature, main exam consists of two papers depending upon the subjects you have chosen. There is also General studies paper. While one can write the papers in either English or Hindi, in the case of MPSC, there is an option to write the papers in Marathi which is the official language of Maharashtra.

While all officers who pass UPSC get class I rank, the rank of candidates passing MPSC depends upon their rank. It could be class I or class II depending upon the rank.

One advantage of MPSC is that you are competing with lesser number of candidates and that too from your own state whereas in the case of UPSC you get much broader competition at an all India level.

Difference Between IAS and IPS

Difference Between IAS and IFS 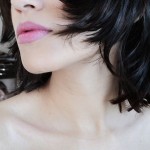 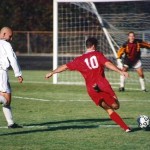 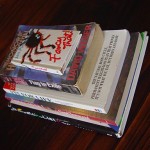