1. Overview and Key Difference
2. What is Mutagen
3. What is Teratogen
4. Similarities Between Mutagen and Teratogen
5. Side by Side Comparison – Mutagen vs Teratogen in Tabular Form
6. Summary

A mutagen is a substance or an agent that causes mutations. A mutation is a change in the DNA sequence of an organism. Therefore, any agent that results in a DNA sequence change is termed a mutagen. They alter the genetic composition of an individual. A mutagen is capable of causing different types of mutations due to insertions, deletions or translocation of the sequence bases. Therefore, all mutagens have the ability of mutagenicity.

Mutagens can be physical agents such as radiation or chemical agents such as base analogs, intercalating agents, reactive oxygen or nitrogen species or biological agents such as viruses. Common chemical mutagens include formaldehyde, nicotine, ethidium bromide, nitric oxide and dioxane. Mutagens have specific mechanisms of action where they cause damage to the DNA sequence. 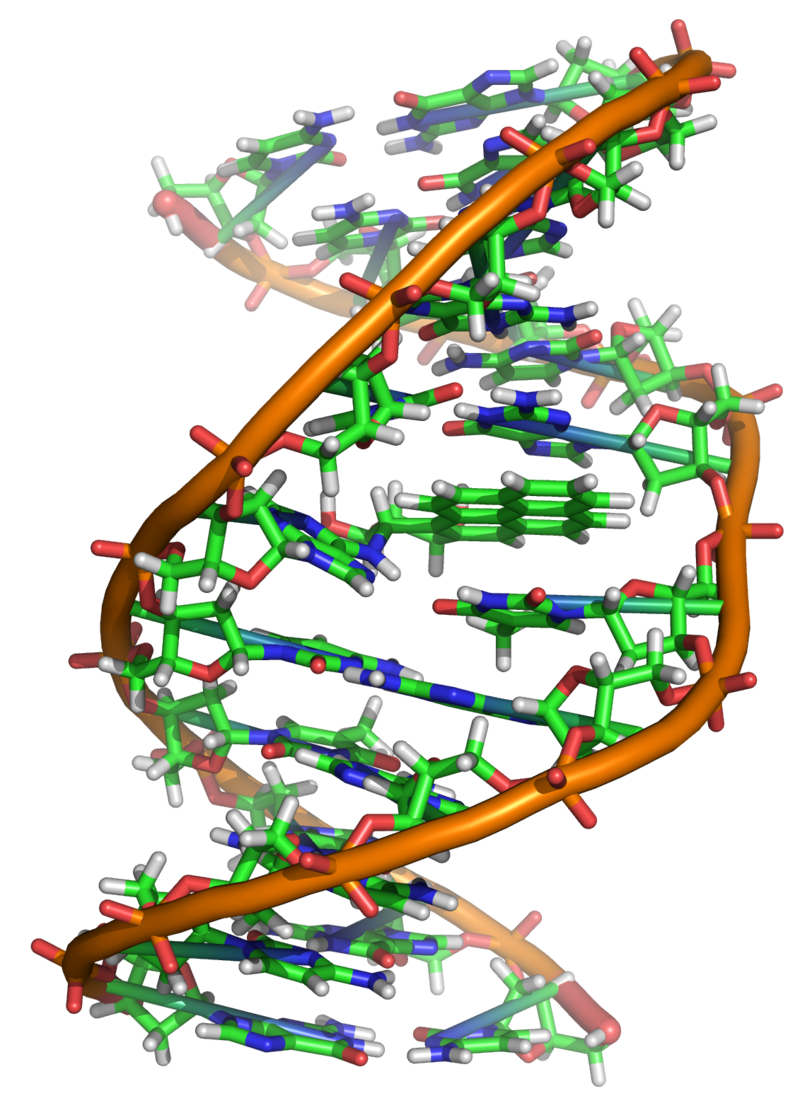 The outcomes of mutagens may be both beneficial and harmful. Evolution is a major outcome of the action of mutagens, showing the positive effects of mutagen activity. However, disease conditions such as cancers and chromosomal abnormalities show how the action of mutagens can cause harmful effects. In the case, if the mutagen affects a gamete cell, the mutation may also pass on to the next generation. At present, biotechnologists use these mutations in strain improvement in the field of medicine and industry. By exposure to specific mutagens, they aim to obtain better strain varieties of microorganisms that possess improved characteristics.

A teratogen is an agent or a substance that causes harm to the developing embryo or the fetus. This can take place through mutations. Teratogenic agents affect the embryo during the stage of pregnancy. Here, the mother will not show any levels of toxicity or any adverse effect. However, the resulting newborn will possess birth defects. Teratogens can lead to extreme health defects in newborns, including development malfunctions in limbs and other organs or aberrations leading into various syndromes.

Common chemical teratogens include ethanol, compounds containing mercury and lead, phenol, toluene-containing compounds and xylene. Physical teratogenic agents such as radiation and biological teratogenic agents such as viruses can also cause critical birth defects in newborns during pregnancy. Biological agents that are teratogens must have the ability to cross the placental barrier in order to show their teratogenic properties. Furthermore, a common group of teratogens include anti-cancer drugs. Therefore, there is a constant ethical debate on consuming anti-cancer drugs during the pregnancy period by the mother.

What are the Similarities Between Mutagen and Teratogen?

What is the Difference Between Mutagen and Teratogen?

The below infographic summarizes the difference between mutagen and teratogen. 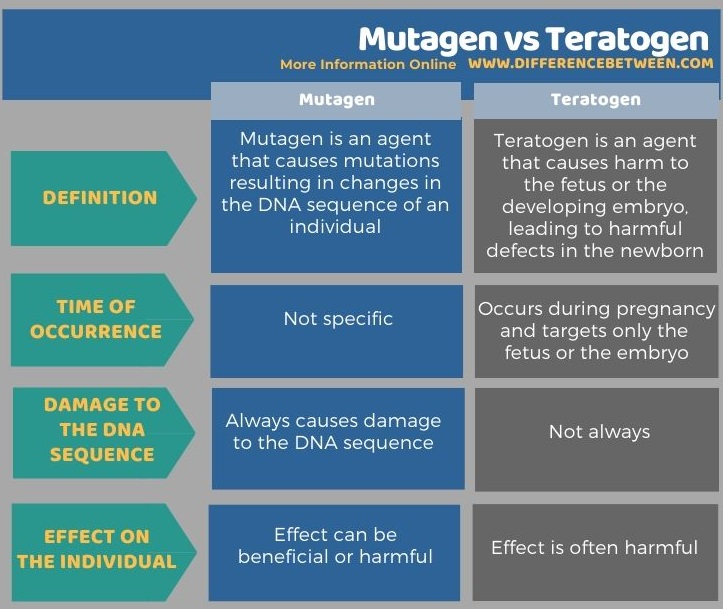 Mutagens and teratogens are agents that can be physical, biological or chemical in nature that cause changes in individuals. While a mutagen can act on any time of the lifespan of an individual and causes DNA damage leading to a change in the genetic composition of an individual, a teratogen causes damage to the fetus or embryo during pregnancy. Thus, this summarizes the difference between mutagen and teratogen.

Difference Between Autosomes and Allosomes 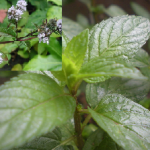 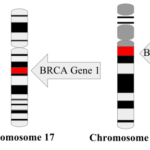 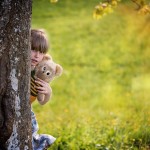