In businesses and commercial activities, contracts and agreements hold great significance, especially in these times of mergers and acquisitions, and change in partnerships in between projects. It is thus, prudent to know the differences between Novation and assignment to safeguard one’s financial interests when entering into a contract or agreement with another party.

Novation is a special type of contract having mechanism that allows a party in a contract to transfer all its obligations and benefits to another party, which is not an original party to the contract. This third party takes over the place of one of the original parties and fulfills its obligations. In Novation, the original contracting party must be left in the same position that he was in before Novation took place. Novation is a concept that is very ancient, and has been in force since Roman times. It is similar to the Hundi system prevalent in India since ancient times. When Novation takes place, the original contract stands annulled, and all burden and benefits of one party can be passed on to another party. For example, If Harry has taken a loan from Smith, but Smith wishes to get out of the contract, he enters into Novation with John who agrees to the benefits and burden due to him, and allows Smith to get out of the contract. Now the parties into contract are John and Harry, and Harry has to pay the loan back to John.

Assignment is different from Novation as there is transfer of rights and obligations from a person to another, but the parties in the contract do not change as is the case with Novation. In an assignment, privity of contract exists between the original contracting parties. In an assignment, one of the contracting parties can transfer its rights under the contract to a third party. The thing to remember is that, by law, it is only rights that can be thus transferred to a third party without the consent of the other party. Thus, it is only the right to be paid, and not an obligation to make a payment that can be transferred under assignment.

Difference Between Freelance and Contract

Difference Between Indemnity and Guarantee

Difference Between Liquidated Damages and Damages

Difference Between Liquidated Damages and Penalty 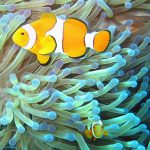 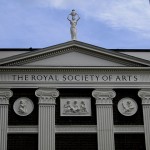