Panadol and aspirin are over the counter drugs that are commonly used to treat for fever and aches. Panadol commonly known as Paracetamol and Aspirin (acetylsalicylic acid) both belongs to the Analgesics class of the drugs and have anti-inflammatory and pain relieving properties. The Panadol works on the cyclooxygenase with more affinity towards the COX-2 variant of the enzyme. Paracetamol reduces the oxidized form of the COX enzyme, preventing it from forming pro-inflammatory chemicals. While Aspirin works on the same enzyme and acetylate it covalently with its acetyl group. The main indications of use for both drugs are fever flu and aches. Aspirin is also used in Coronary arteries disorders along with the corrective therapy and in prevention of heart attacks and strokes due to its as it acts as a blood thining agent.

Panadol is over the counter drug prescribed for fever and headache. It was introduced in 1893. Panadol principally inhibits the COX-2 variant of the cyclooxygenase, which is responsible for the metabolism of arachidonic acid to prostaglandin H2, an unstable molecule that is, in turn, converted to numerous other pro-inflammatory compounds. Thus resulting in relief in inflammation. It is available in a tablet, capsule, liquid suspension, suppository, intravenous, and intramuscular form depending upon the prescription. The common adult dose is 500 mg to 1000 mg per day. It has low anti-inflammatory properties compared to the other NSAIDS like Aspirin and Ibuprofen. It is also available in the market as a combination with opiates for the chronic pain. The main adverse effect of Panadol is gastrointestinal complications at high dose, It is safe for pregnant women and children. Some studies has shown its association with the asthma.

Aspirin is most commonly used medicine to be used for the headache. It acts on the cyclooxygenase enzyme and inhibits its action of producing prostaglandins which results in relief in pain and inflammation. It is more powerful anti-inflammatory drug than the Panadol. It is equipotent to Panadol in pain relief for headache. In some combination drugs it is used in combination with Panadol and caffeine to have higher efficacy. It is prescribed for the headache, pain, fever, common cold and prevention of strokes and heart attacks. It is used in children only in specific indications in some countries due to its high toxicity than the available alternatives. The main adverse effects are gastrointestinal bleeding, tinnitus and Reye’s syndrome.

Difference between Panadol and Aspirin

Both drugs are almost similar in the prescription, target of action and the effects and belongs to the same class of NSAIDS in the analgesics classification. Some authors have described Panadol as a different agent within the same class. However the extent of action is different for both of them. While Panadol is preferred for the fever and flu in younger patients Aspirin is not commonly for use of pediatric patients. Panadol is much safer in these cases. Aspirin acts on the stomach wall and increase the risk of gastrointestinal bleeding while panadol has very little risk in this regard. However Aspirin is very useful in the patients with the risk of cardiac ischemia and stroke as it can lower the risk upto 8%. It also has the effect in the prevention of deep vein thrombosis as it hinders the production of thromboxane.

For the prescription of common flu headache and fever Panadol is preferred drug due to its low adverse effect profile. However Aspirin is more potent in some of the cases it has associated risks for the pediatric patients. The Aspirin indicated for the antithrombotic activity and for the cardiac effects are unavoidable as it has the life saving potential with the minimum risk. 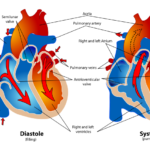 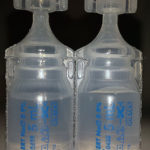 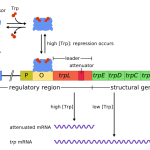