Determining the stability of a certain market is very difficult if it seems new products every day. It becomes even more difficult if we are to see new vendors coming in to the market every now and then. Smartphone market used to be somewhat closed to new vendors because of the technical knowledge required to come up with a good design and the initial cost that needs to be invested in order to build a manufacturing plant. Both of these barriers are lifted if the new vendor has some experience in a similar electronic industry. Panasonic is a new player like that. Although this is not the first time for Panasonic to release a new smartphone, their products have been made available only to a limited market and thus the acknowledgement for a Panasonic smartphone is not as high as that of a Samsung, LG, HTC or Sony. However, we reckon that Panasonic has realized it’s time to break that ice and come to the top to get the crown.

The new kid at the corner is Panasonic Eluga, which boasts to be a water resistant smartphone that comes with a great design. We liked the phone at a glance, and it did look elegant with the piano Black surface. We won’t be able to predict how successful this handset might be in the real world, but we can compare it to a similar device and set a benchmark for starters and, if you’re willing to buy, you can go ahead with your purchasing decision. To set up the benchmark, we are going to use Sony Xperia S smartphone, which is considered as one of the best smartphones in the market today. The similarity is subtle such that, Sony Xperia S is considered as the flagship product after Sony Ericsson became Sony and we can safely consider Panasonic Eluga as a flagship product to promote Panasonic as a smartphone brand. Let’s talk Panasonic and Sony before identifying what beats which in this epic battle.

Panasonic surfaced Eluga with the tagline ‘Ultra Slim, Ultra Light’ and we couldn’t agree more with that statement. What they didn’t say is that on whose expense they made that happen. We will talk about it after the introduction of the device. We saw somewhat a different design for the device; they have introduced a curvy edged back cover, which actually makes you feel comfortable when you’re holding it. Eluga has 4.3 inches OLED capacitive touchscreen featuring a resolution of 960 x 540 pixels at a pixel density of 256ppi. The whole body is certified under IP57, which means it can withstand the brutality of water for 30 minutes immersed at a depth of 1m. This is pretty cool, as we never know when we’d accidently drop our phone in water. The handset is 7.8mm thick staying true to the tagline and 103g of weight means it is extra light.

Panasonic Eluga is powered by 1GHz dual core processor on top of TI OMAP 4430 chipset and 1GB of RAM. The rig is run by Android OS v2.3.5 Gingerbread and Panasonic promises an upgrade to ICS by the end of the summer. I have to be frank on this one, I’m pretty impressed with the hardware specs they have. Get the Android ICS upgrade and you get yourself a sweet and smooth ride. Eluga comes with 8GB of internal storage which can’t be expanded using a microSD card and that is somewhat troublesome. It connects with the world using the usual HSDPA connectivity and provides flexibility on connection by having Wi-Fi 802.11 b/g/n. Eluga can also host a wi-fi hotspot and stream rich media content directly into your Smart TV wirelessly using DLNA. The 8MP camera with autofocus and LED flash does justice to the handset while enabling it to record videos as well, although the frame rate and the quality wasn’t mentioned explicitly. We are hoping Panasonic would at least grant this camera the capability to capture 720p video. The battery is relatively small at 1150mAh and thus the handset only ensures a talk time of 4 hours, which is not enough for any corporate purpose.

The first thing you’d notice when you take Sony Xperia S into your hand is that the text on the top of the screen. If you’re used to see Sony Ericsson embossed, Xperia S differs the tradition by embossing Sony in capital letters signifying the debut NXT line. It has smooth square edges that will take some time to get used to your hand. It has a sleek design and an expensive look and comes in flavors of Silver and Black scoring dimensions of 128 x 64 x 10.6mm and weighing 144g. The 4.3 inches LCD Capacitive touchscreen features 1280 x 720 pixels resolution at 342ppi pixel density. This ideally produces crisp text and images down to the last detail, and you’ll enjoy every moment spent with the screen. Sony Mobile BRAVIA engine enhances the color reproduction of the panel enabling the user to enjoy the natural colors right on your screen. Sony also guarantees that Xperia S can handle up to ten fingers multi touch input and, it seems we’ll have to redefine the set of gestures we were using.

The debut handset is powered by 1.5GHz dual core processor on top of Qualcomm MSM8260 Snapdragon chipset and Adreno 220 GPU. The hardware specs are controlled by Android OS v2.3 Gingerbread that utilizes the available 1GB of RAM well. The high-end processor can handle multi-tasking seamlessly while the Sony Timescape UI takes care of the smooth transitions. Sony is known to be fond about their cameras and the tradition follows in Xperia S. The 12MP camera is high-end and yields stunning performance. It has autofocus, LED flash, 3D sweep panorama and image stabilization along with geo tagging. It can also capture 1080p HD videos @ 30 frames per second with continuous focus. Sony hasn’t forgotten the video conferencing as well, as they have included 1.3MP front camera that can capture 720p video @ 30fps bundled with Bluetooth v2.1.

While Xperia S takes use of HSDPA connectivity, it also features Wi-Fi 802.11 b/g/n for continuous connectivity, and it can act as a wi-fi hotspot to share your internet connection while the built in DLNA functionality enables you to wirelessly stream rich media content to your smart TV. Sony boasts about the new design of Xperia S that is to be replicated in NXT series. They call is ‘Ionic Identity’ which separates the screen by a transparent element at the base, which acts as an ionic silhouette and provides illumination effects. This certainly will make the handset instantly recognizable. Xperia S comes with 1750mAh battery promising a talk time of 7 hours and 30 minutes.

Both of these smartphones are pretty smart and cutting edge. Sony Xperia S has a better processor on top of a better chipset. As much power as 1GHz dual core processor can give, TI OMAP 4430 is somewhat old and would not fully utilize the capabilities of the processor, and you would have some trouble overclocking it if you wanted to do that. Sony Xperia S also has better optics at 12MP camera with rather advanced features and 1080p HD video capturing. Xperia S is also better in terms of the display panel and the resolution. It simply has an unbeatable pixel density at such a high resolution that would result in texts and images with such clarity that you wouldn’t find a difference between these texts and the texts printed in a sheet. On a minor note, Xperia also has better storage and better GPU and Sony Mobile BRAVIA engine.

All those are in favor of Xperia S; what do I have for Panasonic Eluga? First off, it’s a really nice design, and we like the intuitive shape and elegant look. Going past that hulk, Panasonic Eluga offers an ultra slim and ultra-light handset. We are all in for ultra slimness, but I don’t think Panasonic made the right call by making it ultra-light at the expense of the battery. Because the battery is considerably less powerful, the user only gets 4 hours from a single charge, which is disappointing. Although that was a bad call, we like the fact that Eluga is IP57 certified for water resistance. Thus, all in all, it’s actually a good handset with an insufficient battery life, and military grade water resistance. The call is yours depending on the explanations given above and of course the price each of them would be offered. 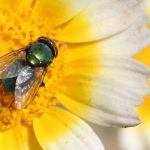 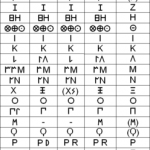 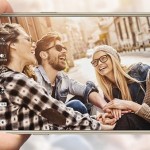