Pentax is a giant name in the camera industry. This company is reputed for the speed and durability of cameras while the price is very cheaper compared to other brands. The Pentax K-r is an entry level DSLR, while the K-5 is a high end professional camera. This article will try to compare the main differences between these two models.

Resolution of the camera is one of the main features a user must look into when buying a camera. This is also known as the megapixel value. The K-r features a 12.4 megapixel sensor, while the K-5 features a 16.3 megapixel sensor. Both of these cameras have sensor shake dust removal. The K-5 has a better sensor than the K-r.

ISO value range is also an important feature. The ISO value of the sensor means how much sensitive the sensor is to a given quantum of light. This feature is very important in night shots and sports and action photography. But increasing the ISO value causes a noise in the photograph. The K-5 has a sensitivity range of 100 to 12800 ISO in normal mode, and has an expandable mode up to 51200 ISO. The K-r has a range of 200 to 12800 ISO, and expandable settings of 100 ISO and 25600 ISO. The K-5 excels the K-r in sensitivity.

Frames per second rate or more commonly known as the FPS rate is also an important aspect when it comes to sports, wildlife and action photography. FPS rate means, the mean number of photos the camera can shoot per second on a certain setting. The Pentax K-5 has a burst speed of 7 frames per second, while the Pentax K-r has nearly equal 6 fps speed.

A DSLR would not take the picture as soon as the shutter release is pressed. In most conditions, the auto focusing and auto white balancing would take place after the button is pressed. Therefore, there is a time gap between the press and the actual photo taken. This is known as the shutter lag of the camera.Pentax cameras are known to have very small and negligible shutter lags.

Autofocus points or AF points are the points, which are built into the memory of the camera. If the priority is given to an AF point, camera will use its autofocus ability to focus the lens to the object in the given AF point. Both of these cameras have 11 point TTL autofocus system, while the drive system of the K-5 is more advanced and accurate than that of the K-r.

In DSLR cameras, the inbuilt memory is almost negligible. An external storage device is required to hold images. Both of these cameras support SD and SDHC cards.

Live view is the ability to use the LCD as a viewfinder. This can be convenient because the LCD gives a clear preview of the picture in good colors. Both of these cameras have live view, and no vary angle displays are provided.

The Pentax K-5 is a professional model, while the K-r is an entry level DSLR. Obviously the K-5 excels the K-r in all fields. But, when the price is concerned, both K-r and K-5 offer good value for money. 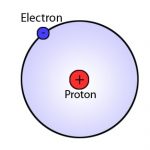