There are about 20 common amino acids. All the amino acids have a –COOH, -NH2 groups and a –H bonded to a carbon. The carbon is a chiral carbon, and alpha amino acids are the most important in the biological world. The R group differs from amino acid, to amino acid. The simplest amino acid with R group being H is glycine. According to the R group, amino acids can be categorized into aliphatic, aromatic, non polar, polar, positively charged, negatively charged, or polar uncharged, etc. Amino acids present as zwitter ions in the physiological pH 7.4. Amino acids are the building blocks of proteins, and they participate in synthesizing other important molecules in the biological systems, as well.

Proteins are one of the most important types of macromolecules in living organisms. Proteins can be categorized as primary, secondary, tertiary and quaternary proteins depending on their structures. The sequence of amino acids (polypeptide) in a protein is called a primary structure. When a large number of amino acids are joined together that chain is known as a polypeptide. When polypeptide structures fold into random arrangements, they are known as secondary proteins. In tertiary structures, proteins have a three dimensional structure. When few three dimensional protein moieties bound together, they form the quaternary proteins. The three dimensional structures of proteins depend on the hydrogen bonds, disulfide bonds, ionic bonds, hydrophobic interactions, and all the other intermolecular interactions within amino acids.

Proteins play several roles in living systems. They participate in forming structures. For example, muscles have protein fibers like collagen and elastin. They are also found in hard and rigid structural parts as nails, hair, hooves, feathers, etc. Further proteins are found in connective tissues like cartilages. Other than the structural function, proteins have a protective function too.

Antibodies are proteins, and they protect our bodies from foreign infections. All the enzymes are proteins. Enzymes are the main molecules which control all the metabolic activities. Further, proteins participate in cell signaling.  Proteins are produced on ribosomes. Protein producing signal is passed onto the ribosome from the genes in DNA. The required amino acids can be from the diet or can be synthesized inside the cell.

Protein denaturation results in the unfolding and disorganization of the proteins’ secondary and tertiary structures. This can be due to heat, organic solvents, strong acids and bases, detergents, mechanical forces, etc.

Creatine is a compound which is naturally present in vertebrates. It is a nitrogenous compound and has a carboxylic group to it, as well. Creatine has the following structure.

When isolated it has a white crystalline appearance. It is odorless, and the molar mass is about 131.13 g mol−1.

Creatine is biosynthesized in our bodies from amino acids. The process mainly takes place in the liver and kidneys. After synthesizing, it is transported to muscles and stored there. Creatine increases the formation of ATP, thus helps to supply energy to cells in the body.

Difference Between Polypeptide and Protein 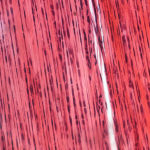 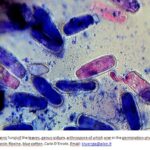