What is Nick Translation?

Nick translation is an important technique used to prepare labelled probes for various molecular biological techniques such as blotting, in situ hybridization, fluorescent in situ hybridization etc. It is an in vitro method of DNA labelling. DNA probes are used to identify specific DNA or RNA sequences. With the help of a labelled probe, specific fragments can be marked or visualized from a complex mixture of nucleic acid. Therefore, labelled probes are prepared using various techniques to be used for different techniques. Nick translation is one such method which produces labelled probes with the help of DNase 1 and DNA polymerase 1 enzymes. 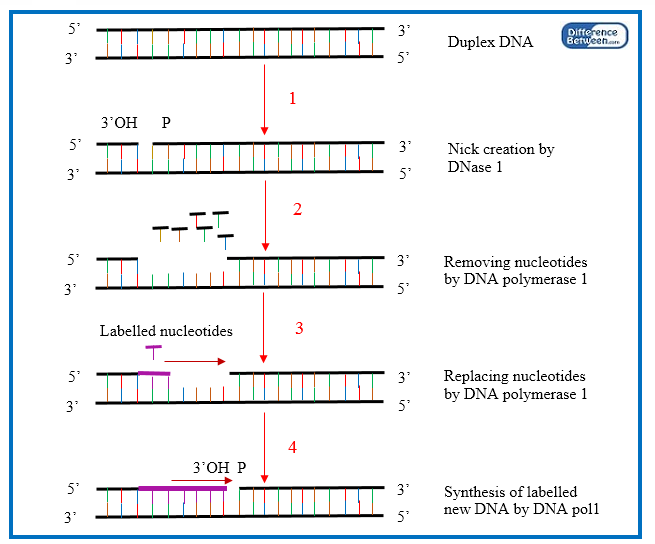 What is Primer Extension?

Primer extension is a technique which is used to find specific RNA sequence from a RNA mixture and locate the 5’ end of the mRNA transcript. It is also used to study the structure of RNA and expression. Primer extension method is carried out with labelled primers or with labelled nucleotides. If labelled primers are used, it excludes the need of labelling the nucleotides which are used for the synthesis of cDNA. There are several steps in this technique. It starts with extraction of RNA from the sample. Then a labelled oligonucleotide primer is added to the mixture together with the necessary ingredients to synthesize cDNA of a specific RNA sequence. Primer anneals with the complementary sequence from the mixture. Using the primer annealed sequence as the template, the enzyme reverse transcriptase synthesizes the complementary DNA (cDNA) of the RNA sequence. Primer annealing and reverse transcription occur only when the specific RNA sequence is present in the sample. Finally, when denaturing gel electrophoresis is performed, the size of the RNA sequence can be determined. It is also easy to find the +1 base of the mRNA (transcription initiation site) sequence by the primer extension method. The amount of mRNA present in the sample is can be quantified by this method if excess primer is used. 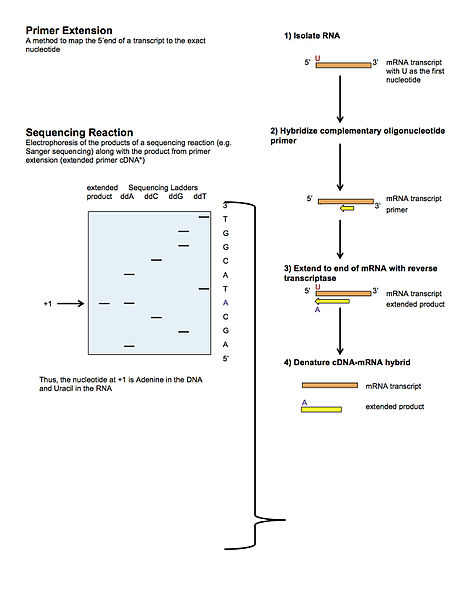 What is the difference between Nick Translation and Primer Extension?

Difference Between YAC and BAC Vectors 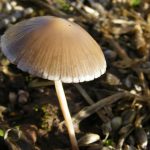 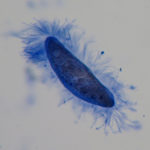