Bryophytes and Pteridophytes are respectively non-vascular and vascular plants. Vascular plants contain xylem and phloem for the transportation of their nutrients. Therefore, bryophytes and pteridophytes differ in many ways including their life cycles. In Bryophyte life cycle, the dominant stage is the gametophyte, and in pteridophytes, the dominant stage is the sporophyte. Protonema and Prothallus are two types of gametophytes belonging to bryophytes’ and pteridophytes’ life cycles. The protonema is a filamentous threadlike structure while the prothallus is a heart-shaped structure with many rhizoids beneath it and contains both female and male reproductive units. This is the key difference between protonema and prothallus.

In the context of mosses and liverworts life cycles, the protonema is a structure which appears as threads that developed during the very early stage. Protonema develops at the initiation of the moss development after the spore germination. Then through different sequential developments stages, the protonema develops into leafy shoots which are referred to as gametophores. The protonema is an algal-like filamentous structure. It is a characteristic feature of all mosses and many of the liverworts. In hornworts (a type of liverworts) the protonema stage is absent, and it is considered as an exceptional thing with consideration to the liverworts.

The protonema represents a typical gametophyte. A protonema develops through apical cell division. At the specific stage of this development cycle, phytohormone cytokinin influences the budding of three faced apical cells. The buds finally become gametophores. The gametophores are structures that mimic stems and leaves of bryophytes since they lack true stems and true leaves. 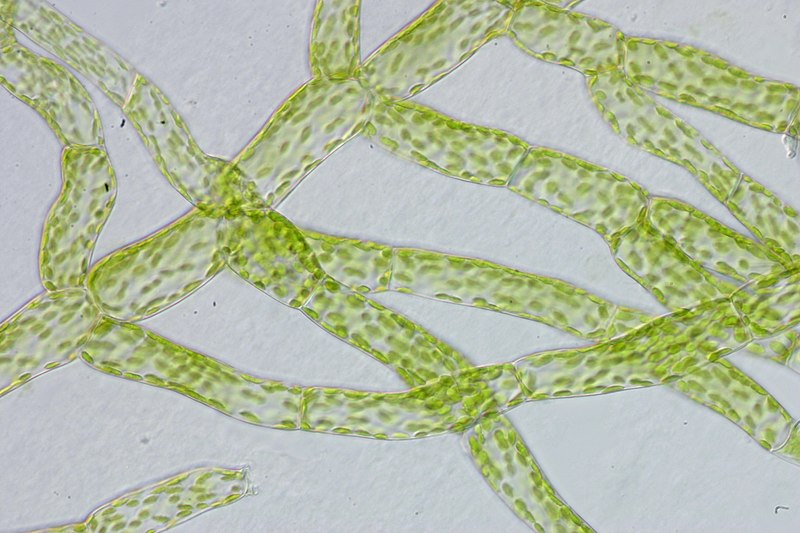 The protonema is mainly composed of two types of cells. They are, chloronemata and caulonemata. The chloronemata develops during the early stages of germination which is then differentiated and developed into caulonemata.

What is a Prothallus?

Prothallus is the gametophyte stage appears in the life cycles of ferns and other pteridophytes. It is a heart-shaped structure which developed through the germination of a spore. This heart-shaped structure is a characteristic feature of pteridophytes’ life cycle. The prothallus has a short lifespan. Concerning its typical dimensions, the prothallus is 2 mm – 5 mm wide. It is composed of both male and female reproductive units namely antheridium and archegonium. Beneath the gametophytes, root-like structures which are known as rhizoids are extensively grown. 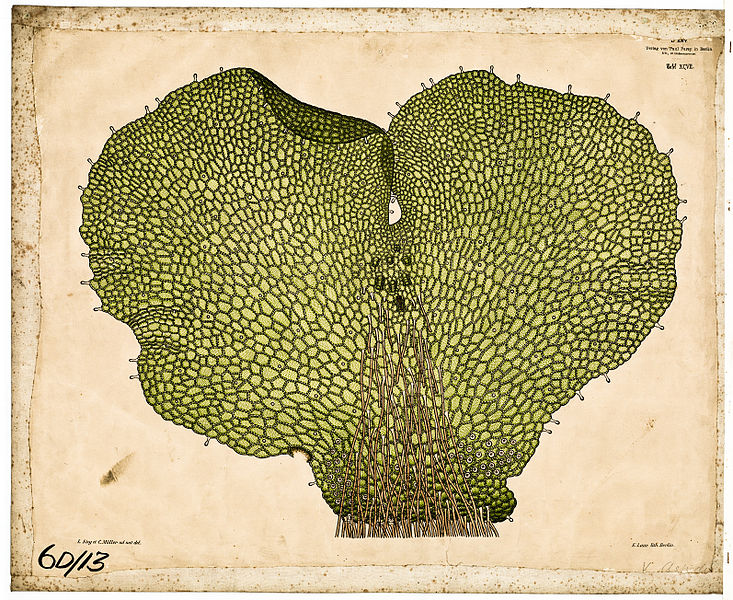 The prothallus is developed through the alteration of generation from the sporophyte which produces haploid spores. Haploid spores then germinate through mitotic division into prothallus. Then the prothallus undergoes independent development for few weeks and develops antheridia and archegonia that produces flagellated sperms and ova respectively. The motile sperms  (haploid) unite with the ova (haploid) through fertilisation process. A diploid zygote forms upon fertilisation. The zygote then divides and develops into a multicellular sporophyte. The sporophyte grows out of the prothallus in search of water and nutrition and develops into an individual fern.

What is the Similarity Between Protonema and Prothallus?

What is the Difference Between Protonema and Prothallus?

The protonema is a structure which appears as threads. They are developed during the very early haploid stage. Then through different sequential developments stages, the protonema develops into leafy shoots which are referred to as gametophores. It is a characteristic feature of all mosses and many of the liverworts except in hornworts. The protonema is mainly composed of two types of cells; chloronemata and caulonemata. Prothallus is the gametophyte stage of the life cycle of ferns and other pteridophytes. It is a heart-shaped structure. Prothallus develops through the germination of a spore. It is composed of both male and female reproductive units namely antheridium and archegonium. In some species of pteridophytes, chlorophyll is present in the prothallus and is capable of photosynthesis. This is the difference between protonema and prothallus.

Difference Between Simple and Complex Tissue

Difference Between Leucoplast Chloroplast and Chromoplast 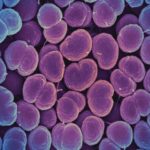