Pseudo force and centrifugal force are two events that occur in the study of mechanics. Precisely written, these are phenomena or rather concepts used in the study of non-inertial frames. It is important to have a thorough understanding in both, pseudo and centrifugal forces, in order to have a good understanding in the classical mechanics of bodies having a circular motion. The theories of pseudo force and centripetal force come very useful in fields such as physics, automobile engineering, machinery, space science, astrophysics, and even relativity. In this article, we are going to discuss what pseudo force is and what centrifugal force is, their applications in various fields, similarities and finally their differences.

Difference Between Centripetal and Centrifugal Force

Difference Between Rotation and Revolution

Difference Between Velocity and Relative Velocity 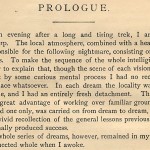