Ramayana and Ramcharitmanas are two different versions of the story of Rama written in the Sanskrit and Awadhi languages respectively. There are some differences between them when it comes to the style of poetry used, the manner of composition, religious importance and the like.

It is important to note that Tulsidas compared the Seven Kandas or chapters to the seven steps leading to the Manasa Lake. It is a general belief that a bath in the Manasarovar near Mount Kailash brings purity to the mind and the body by removing all sorts of impurity.

It is not a hyperbole to say that the Ramacharitmanas is considered as Bible of Northern India by the Western scholars. This is due to the fact that the work is laden with spiritual and religious thoughts. The father of India, Mahatma Gandhi often considered Tulsidas Ramayana as more spiritual than Valmiki Ramayana.

Valmiki Ramayana is indeed the original version of the story of Rama based on which several other versions in different Indian languages like Tamil, Telugu, Kannada and Malayalam were written. Valmiki wrote the Ramayana in 7 Kandams or chapters called as Balakandam, Ayodhyakandam, Aranyakandam, Kishkindakandam, Sundarakandam, Yuddhakandam and Uttarakandam.

Tulsidas also wrote the work in seven Kandas, and they are called as Bala Kand, Ayodhya Kand, Aranya Kand, Kishkindakand, Sundar Kand, Lanka Kand and Uttar Kand. This is one of the major differences between the Valmiki Ramayana and the Ramacharitmanas. Tulsidas did not write the sixth chapter under the title Yuddh Kand but instead he titled it as Lanka Kand.

The story in Ramcharitmanas ends with Sita asking the Mother Earth to receive her and Rama abandons his human form and leaves for the celestial world. On the other hand Valmiki’s Ramayana goes into great detail about Sita being sent to forest by Rama, birth of lava and Kusha and the like. This is another important difference between the two versions.

Ramayana is said to have inspired several Sanskrit poets of the past including dramatists like Bhasa, Bhavabhuti and others. Many Sanskrit dramatists wrote several plays on the basis of the story of Rama. Some changes were of course made in the plot by deviating from the original version. It is indeed true that both Ramayana and Ramcharitmanas have attained great importance in the lives of the Hindus in all parts of the world.

Difference Between Ramayana and Mahabharata 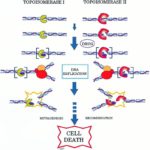 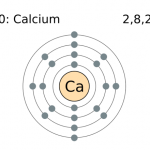