Altruism refers to any behaviour that reduces an individual’s fitness, but in return, it increases the fitness of other individuals. In altruism, other individuals benefit at the expense of the one that performs the action. Reciprocal altruism is the altruism that occurs between two unrelated individuals. Kin selection is an evolutionary strategy which favours the reproductive success of relatives even at a cost to the organism’s own survival and reproduction. Both processes temporarily reduce the fitness of the organism that performs the action.

What is Reciprocal Altruism?

One example for reciprocal altruism is the mutual grooming among many birds and mammals. Another example is the vampire bats that share their food with hungry social companions if they have received food from them in the past.

What is Kin Selection?

Kin selection is a type of natural selection. It is an evolutionary strategy which favours the reproductive success of relatives even at a cost to the organism’s own survival and reproduction. Kin selection favours altruism. Charles Darwin was the first person to discuss the concept of kin selection. However, the term “kin selection” was coined by British evolutionary biologist Maynard Smith. Generally, animals engage in self-sacrificial behaviours that benefit the genetic fitness of their relatives. Therefore, kin selection is responsible for the changes in gene frequency across generations. Since the members of the same family or social group share genes, kin selection ensures the passing of their genes to the next generation. 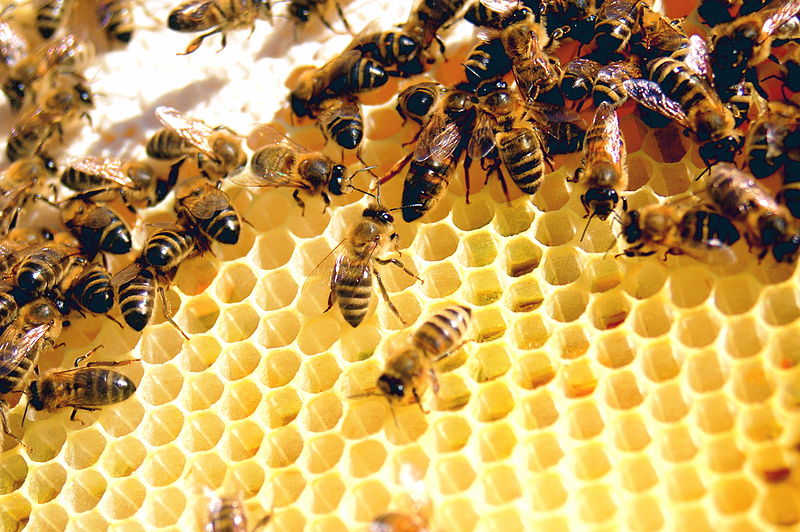 Kin selection can be explained using the following examples.

What are the Similarities Between Reciprocal Altruism and Kin Selection?

What is the Difference Between Reciprocal Altruism and Kin Selection?

Below infographic provides more details of the differences between reciprocal altruism and kin selection. 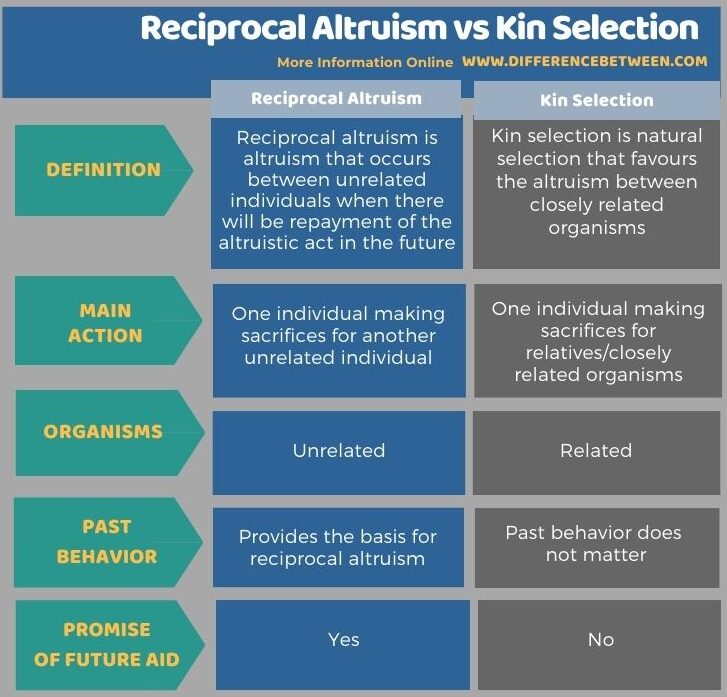 Difference Between Sporogony and Schizogony 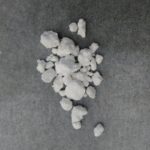