Archery is a very ancient sport in human history. Even before the advent of civilization, man used bow and arrow to hunt animals. Since then, there have been a lot of changes in the shape and design of bows used by men. The earliest of bows made by man were the simple bows that resembled the English letter D. Recurve bows were a later invention though they have been around for the last several thousand years. Compound bow is the modern invention and supposed to be the most accurate of the three types of bows. Many people, when they take up the sport of archery, are not sure which of the two bows, Recurve or Compound should they use. This article takes a closer look at the two types of modern bows to high light their differences.

Recurve, as the name implies is the type of bow that has inwardly curved limbs at the ends. This inward curving of the limbs is believed to impart a greater force or velocity to the arrows. Recurve bows are also helpful in situations when a hunter has to make use of the bow in close encounters with game. In modern Olympics, it is only recurve bow that is allowed to be used by the participants. Recurve is made of many different materials such as wood, carbon, and fiberglass. The chief characteristic of a Recurve is that it has inwardly curved limbs, and it has a single string. This reverse curve projects a faster arrow than the traditional longbow.

Compound bow has a system of pulleys through which strings pass. These pulleys or cams allow the system to create a great force as a person draws the bow. The string passes through these pulleys several times. This system also reduces the resistance of the bow once it is drawn past a certain point, in addition to imparting a greater force to the arrows projected with it. While the modern compound bow was made in the middle of the last century, ancient Egyptians knew the art of compound bows and made it even 3000 years ago.

• A Recurve has inwardly curved limbs at their ends. This reverse curve is what gives the bow its name.

• Compound bow is so called because of an elaborate system of pulleys or cams that are used to draw strings that bend the limbs of the bow.

• Recurve imparts greater velocity to the arrows because of the inward curve of the limbs although compound bow is also known to produce huge force.

• Recurve is mostly made of fiberglass though wooden Recurve are also available. On the other hand, carbon is the material used to make most of the compound bows

• Compound bows are more suited to hunting as they allow users to generate greater force and also travel greater distances. The reduction in tension of the bow once it is drawn past a certain point is a relieving feature as it does not cause any tiredness when the hunter is waiting with a drawn bow.

• Recurve bow is used in archery competitions at Olympics.

Difference Between Longbow and Recurve Bow

Difference Between Simple and Complex Sentence 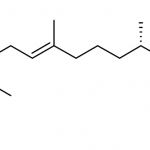 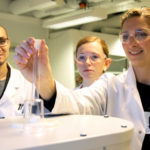 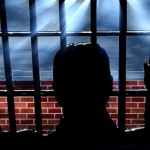