S Note and Action Memo are applications created for note taking. The key difference between S Note and Action Memo is that the S Note supports a lot of features like taking notes, drawing objects, using templates to create rich documentation, and much more. The Action Memo, on the other hand, is created for easy access. We can write notes and link it to actions. Let us take a closer look at both these apps and find out more information to decide which one suits us better.

S Note is a familiar application that runs on Galaxy Note series. The S Note is capable of turning any Galaxy Note to a writing pad with a lot of features. Some of the key features include taking note, recognize handwriting, creating birthday cards, and designing magazines. The S Note also comes with a doodle pad to pass the time, and that is ably supported by the large screen provided by many Galaxy Note models.

Some Galaxy Note products come with an S pen which is placed in the bottom right-hand corner of the Note. This can be used with the S note application. When the S pen is removed from the slot it is kept in, the app can be set up to be launched automatically. Air view is another feature that let the user see more information on the panel when hovering over the screen. By typing a question mark followed by what you want to search, the S note launches a web search instantly. Features like these save a lot of time and are clever.

After launching the S note application, there are many templates to choose from to move forward with the application. Some of the categories include Ideas, Business, Education, and much more. These templates can be custom used according to the need of the documentation to be done. To describe the template feature, the education template is a good example. If there is a math homework to be done, S note has the ability to handle complex graphs and equation editor to make the work to be done easy. Out of these templates, the most frequently used templates could be the Ideas and lifestyle templates. There are pictures that will make the documentation more rich and attractive.

The create note, the menu also includes templates like magazine, meeting, and memo. This is a yellow note line design. You are also able to create old fashioned notes, and they can be saved, edited, and distributed to anyone at a later time. The S note is also capable of selecting an appropriate mode for what is to be done. For visual ideas, pen drawing tool will be automatically selected. Toolbar items can also be adjusted according to the need that arises. For example, the thickness of the pen can be changed. The pen color, presets, and the pen itself can be changed into a paint brush or a magic marker for elegant notes. These tools are simple yet powerful.

The default setting applies when S note is in pen mode, which is an excellent feature. Pen mode is capable of letting the user write as he would write on a plain paper. The handwriting recognition tool is a great addition and is even able to recognize cursive handwriting. It is able to respond really fast and even if it is unable to recognize the text that was written the S Note is able to predict what the text might be. There are many more handy tools that come with S Note. Shape match draws shapes when we draw a rough sketch of it. Formula match lets the user input complex formula via handwriting. The insert object icon lets you add all sorts of media from images to videos. Idea sketch is another feature which finds pencil sketches of what you are looking for with the use of the handwriting recognition tool.

Creativity is also an integral part of the S Note. Voice note can be inserted to the S Note, and Knowledge search lets the user search google to find inspiration on the web with the help of the handwriting recognition tool.

In overall, the S note is a great tool which has all the features that a note app should have and many more astonishing features that need to be made use of. 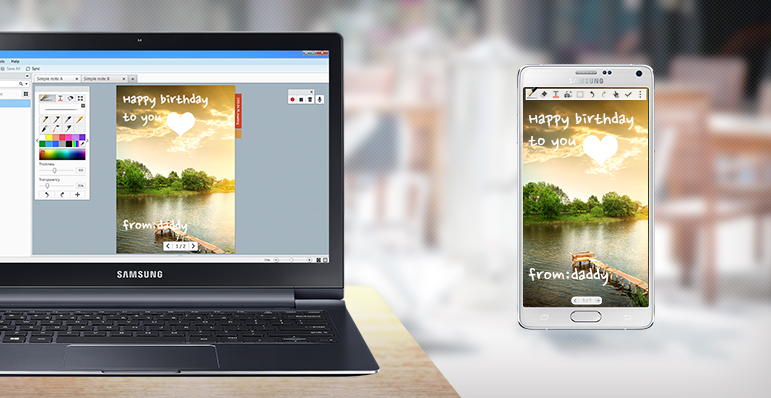 The Action memo is the first command on the Air command menu. When the S pen is removed from its dock, the air command is launched.

Action memo is also a note taking app using the S pen. The action memo lets you take notes without tapping and saving it securely for later retrieval. An example of the above could be a phone number which could be noted down on the memo. If an error occurs while tapping on the screen that could potentially lose that contact forever.

The saved phone number, email, and location can be linked to actions so that later you can use the same number to make a call, save it as a contact, send an email using the saved memo, or find the location on a map.

After opening the Action memo, you can use your finger or the S Pen to write memos. However, writing with your finger is not as precise and accurate as using the S pen.  After writing on the memo, it can be easily saved by tapping on the check mark at the right of the memo. To open a saved memo, tapping on a column with three dotted lines at the top right corner will lead to a preview of the memos. Then we will be able to select and open the memo that we want with ease.

The background of the app and the ink color can also be changed. The saved notes can be minimized and saved on the home screen as thumbnails for easy later retrieval. 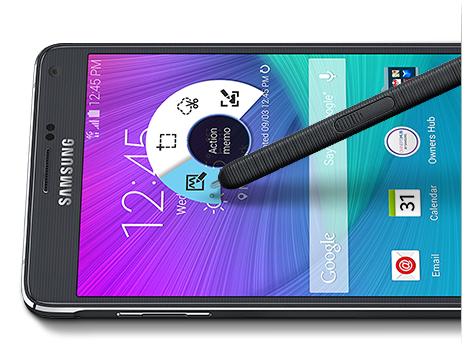 What is the difference between S Note and Action Memo?

S Note: The S note is capable of well recognizing the handwriting.

Action Note: The action note is satisfactory in recognizing handwriting.

S Note: The S note has a variety of predesigned templates for use.

Action Note: The action note does not have this feature.

S Note: The S note does not support linking

Action Note: The action note supports linking actions to the inputs such as the phone numbers and connecting them to making calls or message.

Action Note: The action note does not support web search.

Features like built-in web search save time as, if this feature is not available, the user has to open a web browser separately to access information from the web.

S Note: The S note is able to recognize and handle complex equations and graphs.

Action Note: The action note does not support the above features.

S Note: The S note is able to support text, audios, and videos

Action Note: The action note does not support many of these features.

Action Note: The action note does not support many modes.

Both S Note and Action Memo are great apps. The S Note, as we saw above, is a powerful app with many great features for documentation and useful to complete many complex tasks. The main advantage of this app is that it can recognize the handwriting better than the Action Memo; a feature which many users will prefer. On the other hand, the Action Memo is a simple app that has quick access, and the notes taken can be linked easily to actions and tasks. 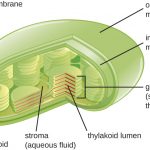 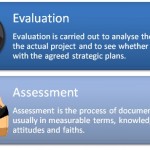 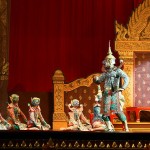 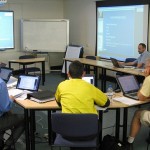 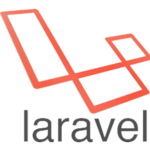