It has been evident for quite some time that the Android smartphone market is heavily overcrowded. Different manufacturers release an Android variant every other day of the month, and it’s quite difficult to keep track of what’s happening in the market right now. But the good thing about these variants is they usually originate from a single flagship product with varying range of differences. For instance, last year Samsung was quick to capitalize the popularity of Samsung Galaxy S III by releasing quite a lot of Galaxy S III-ish smartphone variants to attract customers who can’t afford the S III. As much as it makes the analysts lose track of the market, these diverse portfolios of smartphones keep the revenue coming for the manufacturers which is exactly why they tend to go with it. However what we are going to talk about today is not about a flagship and its menial variant, but two variants of the same flagship product. Nowadays everybody tends to associate Galaxy brand name with Samsung, and that has a good basis in it. The two variants we are talking about today are from Samsung, and they differ at their heart, but the outlook is one and the same. So let us look what makes these smartphones different and what can you get depending on the market you reside.

After a long anticipation, Samsung Galaxy S4 was revealed in March 2013. Galaxy S4 looks smart and elegant as ever. The outer cover emanates Samsung’s attention to detail with their new polycarbonate material making up the cover of the device. It comes in Black and White with the usual rounded edges we are used to in Galaxy S3. It is 136.6 mm long while 69.8 mm wide with 7.9 mm thick. You can clearly see that Samsung has kept the size almost the same as Galaxy S3 to give a sense of familiarity while making it rather thin for a smartphone of this caliber. What this would imply is that you are going to have more screen to look at while having the same size as Galaxy S3. The display panel is 5 inches Super AMOLED capacitive touchscreen display panel featuring a resolution of 1920 x 1080 pixels at a pixel density of 441 ppi. This is actually the first Samsung smartphone to feature 1080p resolution screen although several other manufacturers beat Samsung to it. Nonetheless, this display panel is incredibly vibrant and interactive. Also, Samsung features hover gestures in Galaxy S4; that is to say you can just hover your finger without actually touching the display panel to activate certain gestures. Another cool feature Samsung has included is the ability to perform touch gestures even with wearing gloves which would be a step forward towards usability. The Adapt Display feature in Samsung Galaxy S4 can adapt the display panel to make the display better depending on what you are looking at.

Samsung Galaxy S4 has 13MP camera that comes with a bunch of awesome features. It certainly doesn’t necessarily feature a newly crafted lens, but Samsung’s new software features are sure to be a hit. Galaxy S4 has the ability to include audio in to photos you snap which can act as a live memory. As Samsung put it, it’s like adding another dimension to the visual memories captured. The camera can capture over 100 snaps within 4 second, which is just awesome, and the new Drama Shot features means that you can choose multiple snaps for a single frame. It also has an eraser feature which can erase unwanted objects from your photos. Finally, Samsung feature dual camera, which lets you capture the photographer as well as the subject and superimpose yourself in the snap. Samsung has also included an inbuilt translator called S Translator, which can translate nine languages as of now. It can translate from text to text, speech to text and speech to speech in any way convenient for you. It can also translate written words from menu, books or magazines, as well. Right now, S Translator supports French, German, Italian, Japanese, Korean, Chinese, Portuguese and Spanish. It is also deeply integrated with their chat applications, as well.

Samsung has also included a customized version of S Voice which can act as your personal digital assistant and Samsung has optimized this to be used when you are driving too. They have made the transfer from your old smartphone to the new Galaxy S4 very easy with the introduction of Smart Switch. The user can separate their personal and work spaces using the Knox feature enabled in Galaxy S4. The new Group Play connectivity seems like a new differentiating factor, as well. There were a lot of rumors going on about Samsung Smart Pause which tracks your eyes and pauses a video when you look away and scrolls down when you look down or up which is awesome. S Health application can be used to track your health details including your diet, exercises and can connect external equipment to record data, as well. They also have a new cover that is more or less similar to the iPad cover which makes the device sleep when the cover closes.

As we have speculated, Samsung Galaxy S4 comes with 4G LTE connectivity as well as 3G HSDPA connectivity along with Wi-Fi 802.11 a/b/g/n for continuous connectivity. Strangely enough, Samsung has decided to include a microSD card slot on top of the 16 / 32 /64 GB internal memory you already have. The RAM is the usual 2GB which is plenty for this beefy device. The inclusion of removable battery is also a nice addition compared to all the unibody designs we’ve been seeing. Now we come down to what’s under the hood; the processor. Samsung ships Galaxy S4 with two versions; Model I-9500 and Model I-9505.

The Samsung Galaxy S4 I9500 features Samsung Exynos 5 Octa processor, which Samsung claims as the world’s first 8 core mobile processor. The Octa processor concept follows a recent whitepaper released by Samsung. They have taken a patent for the technology from ARM, and it’s known as big.LITTLE. The whole idea is to have two sets of Quad Core processors, the lower end Quad Core processors would consist of ARM’s A7 cores clocked at 1.2GHz while the high end Quad Core processors will have ARM’s A15 cores clocked at 1.6GHz. Theoretically, this will make Samsung Galaxy S 4 the fastest smartphone in the world as of now. Samsung has also included three PowerVR 544 GPU chips in Galaxy S 4 making it the fastest smartphone in terms of graphics performance as well; at least theoretically.

You certainly don’t have to worry about the performance with Samsung’s signature product because that is going to pack up plenty of action to keep it running for a whole year at the top of the market.

The intention of comparing two smartphones is basically to provide a guide on which smartphone is better suited for you given you are in for buying one. However, in this case, you may not be able to buy the one you want because these two variants of Galaxy S4 are sold in different market regions. Initially Samsung Galaxy S4 I9500 was intended to be the international version as speculated, but it seems that now I9505 has become the apparent international version and Samsung attributes this to the lack of Exynos 5 chipsets which is also manufactured by Samsung. Hence we can expect I9500 only in certain market segments like Africa, some Asian and middle eastern countries while the rest of the world will be getting I9505 including USA, Canada, Australia. Some countries like UK may get both variants, and if you are in such a market, you do have the choice to pick the one you like. In any case, we’ll summarize the difference between these two variant. In a nutshell, the only difference is between the respective chipset and the processors used as clearly indicated. The outlook doesn’t change although the availability of LTE connectivity is market dependent for I9500 not because the chipset wouldn’t support it, but because the network might not. Referring to the benchmarks, we can clearly see that there is a slight boost in performance of I9500 compared to I9505. However, this outweigh with the decrease in battery life, so you come down to a simple Mexican stand where you have to choose the battery life or the slight increase in performance. In any case, both are more than adequate to serve your need, and we can assure that these two variants will not be outdated for the next year to come. 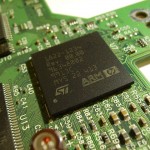 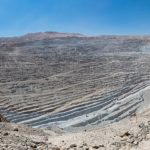 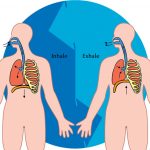